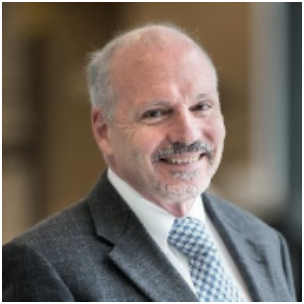 Roland T. Rust is Distinguished University Professor and David Bruce Smith Chair in Marketing at the Robert H. Smith School of Business at the University of Maryland, where he is founder and Executive Director of the Center for Excellence in Service. He is also Visiting Chair in Marketing Research at Erasmus University (Netherlands) and International Research Fellow of Oxford University’s Centre for Corporate Reputation (UK), as well as VP of Publications for the European Marketing Academy. His lifetime achievement honors include the AMA Irwin/McGraw-Hill Distinguished Marketing Educator Award, the EMAC Distinguished Marketing Scholar Award, Fellow of the INFORMS Society for Marketing Science, the Paul D. Converse Award, Fellow of the American Statistical Association, as well as the top career honors in service marketing, marketing research, marketing strategy, and advertising, and honorary doctorates in economics from the University of Neuchatel (Switzerland) and the Norwegian School of Economics.

He was one of the inaugural honorees in the American Marketing Association’s Marketing Legends video series, and one of the inaugural AMA Fellows. He has won best article awards from five different journals, including four best article awards from the Journal of Marketing, as well as the Berry/AMA Book Award for the best book in marketing. He served as Editor of the Journal of Marketing, founded the annual Frontiers in Service Conference, was founding Editor of the Journal of Service Research, and served as Editor of the International Journal of Research in Marketing (IJRM). He has consulted with many leading companies worldwide, including such companies as American Airlines, AT&T, Comcast, Dow Chemical, DuPont, Eli Lilly, FedEx, Hershey, Hewlett-Packard, IBM, Lockheed Martin, Microsoft, NASA, NCR, Nortel, Procter & Gamble, Sears, Sony, Starwood, Tata, Unilever, and USAA. A national class distance runner in his collegiate days, he has been inducted into the DePauw University Athletic Hall of Fame. He has coached one age group world champion and several age group national champions in track and triathlon.

Book An Experience With Roland Rust

Book me to refine or edit your graduate school paper, answer your...

Roland Rust and co-author Ming-Hui Huang are experienced education figures whose book The Feeling Economy: How Artificial Intelligence Is Creating the Era of Empathy predicts a brighter future for the growing AI revolution than the chorus of naysayers cautioning against its increasing influence. One can ascribe a progressive point of view to Rust’s and Huang’s ideas, but I can’t stress how important it is we divorce political persuasion from contemplating this issue. The writers believe AI has the wide-ranging potential to improve human interactions on a variety of fronts. It is impressive how strong they argue this point in relatively few pages. Despite its diminutive duration, The Feeling Economy benefits from an abundance of references and research. It never obscures the fine writing present from beginning to end. The writers, despite their academic backgrounds, never “talk” above the heads of their readers and relate several involved concepts to the reader in clear unvarnished terms. This willingness to connect to readers on their level is a principal strength driving this book and will help it endure long past its publication date.

"The Feeling Economy: How Artificial Intelligence is Creating the Era of Empathy" is an engrossing and timely work for several reasons. One of the pre-eminent factors in its merits is the background shared by the co-authors. Roland T. Rust serves as Executive Director for the Center for Excellence in Service at the University of Maryland’s Robert H. Smith School of Business, a Visiting Chair in Marketing Research at the Erasmus University’s School of Economics, among other important positions and accomplishments. Co-author Ming-Hui Huang is a Distinguished Professor with the Department of Information Management in National Taiwan University’s College of Management. Huang works in close quarters with Rust, as well, as a Distinguished Research Fellow at the University of Maryland’s Center for Excellence in Service. Such luminous resumés only inspire confidence in their thesis. They support their thesis, that developments in artificial intelligence will not strip any remaining humanity from our world but, instead, can strengthen our natural impulses towards empathy. They make a strong case for this superficially improbable argument thanks to a wealth of research that buttresses their points without distorting their findings or embracing confirmation bias. They do discuss the possible downsides arising from AI’s increasing prominence over the coming years, but they do not focus on this as the natural result of technological advancement. The book has a healthy length, but Rust and Huang avoid any digressions or self-indulgence. They are focused on convincing interested readers of the rightness of their ideas and all other considerations are secondary.