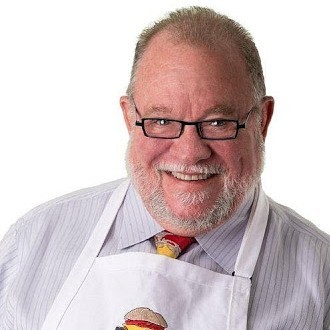 Ronald McDonald (The Original) is a name recognized world wide for the success of his families McDonald's Hamburgers restaurants. Ronald is a successful published Author (Ronald McDonald's The Complete Hamburger, Ronald McDonald's International Burger Book, The Franchise Buyers Guide and a number of other non food related books) . He has been involved in franchising and restaurants for over 5 decades working with notable chains such as: Wendy's, Western Family Steak House, Long Horn Steak House, Bonanza Steak House and others in both consulting as well as management. He served on the Boards of a number of franchise chains and consulted for others. Ronald served on Pres. George W Bush's Business Advisory Council for 6 years . He is a member of Mensa. Ronald developed and sold The Ale Haus Chain, The Villa Inns, Don Benito's Burritos, The Cue Club and started the first Disco in America, "Pandora's Box" . He pioneered the "Heat & Serve" food concept with Dixie Southern Foods and Cottonwood Creek Farms. He has been on 1600 radio shows, the Food Channel and done numerous on air interviews. As a public speaker he has covered: The History and Success of the McDonald Brothers, The Importance of Supply Chain Management, Franchising or Licensing a Business Choice, Building A Dream into a Success. Ronald holds a Real Estate Brokers License and is a Certified general Contractor licensed in Florida. He has designed numerous restaurants from the back of the house to the structures themselves. A confident and popular speaker. Ronald is 74 years old, married and available for speaking engagements.

Book An Experience With Ronald McDonald