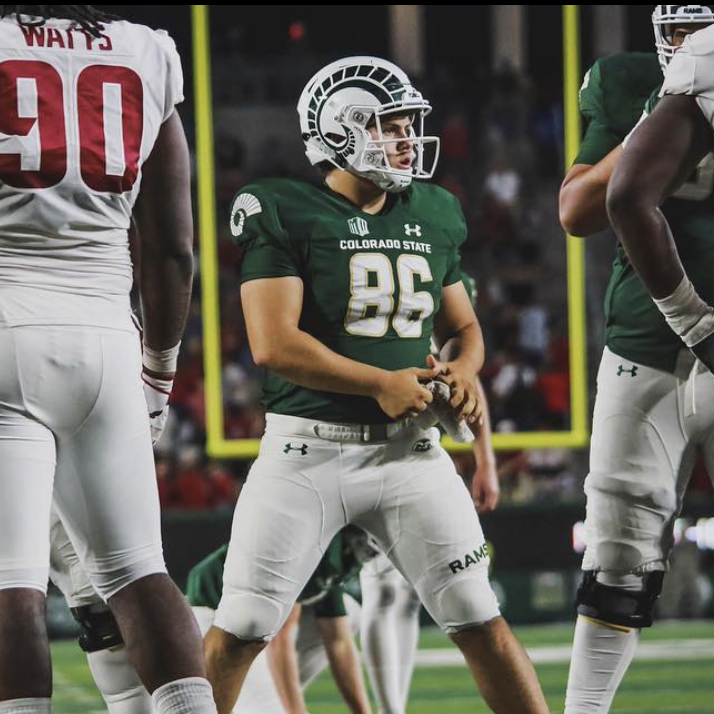 Ross Reiter is a long snapper for the New England Patriots. He formerly played football for Colorado State University. He went Undrafted in the 2022 NFL Draft. The Phoenix, AZ native was ranked the No. 2 long snapper in the class of 2018 out of Brophy Prep and started his first three seasons at CSU, where he is regarded as a top long snapper in the All-Mountain West conference. In 2021, Reiter was a 2nd team all American. Reiter went undrafted in the 2022 NFL draft but he still got signed by the New England Patriots.

Off the field, Reiter found the time to also be the founder and CEO of a start-up storage company at CSU.

Book An Experience With Ross Reiter