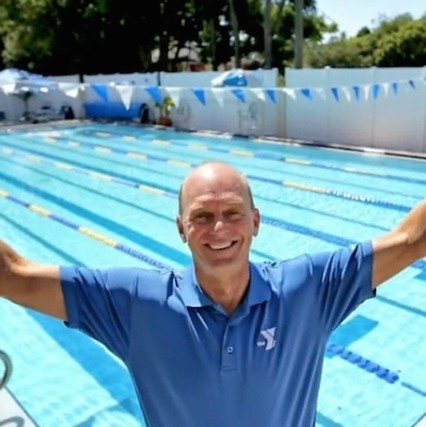 Rowdy Gaines embodies American swimming and American excellence like nobody else. As an athlete, Gaines won three Olympic Gold Medals and broke 14 World Records during his career, which earned him an induction into the US Olympic Hall of Fame and the International Swimming Hall of Fame. Then, not satisfied with dominance in the pool, Rowdy climbed up to the broadcaster's booth, bringing his infectious energy and encyclopedic knowledge of swimming along with him. Gaines was an instant hit and has been a fixture of American Olympic coverage for the past seven Summer Games. Not able to bear being too far from the pool, Rowdy also became the Vice President of Aquatics for the Central Florida YMCA and is known to pop up at various pools in the Florida area (where he holds multiple masters swimming records).

Book An Experience With Rowdy Gaines