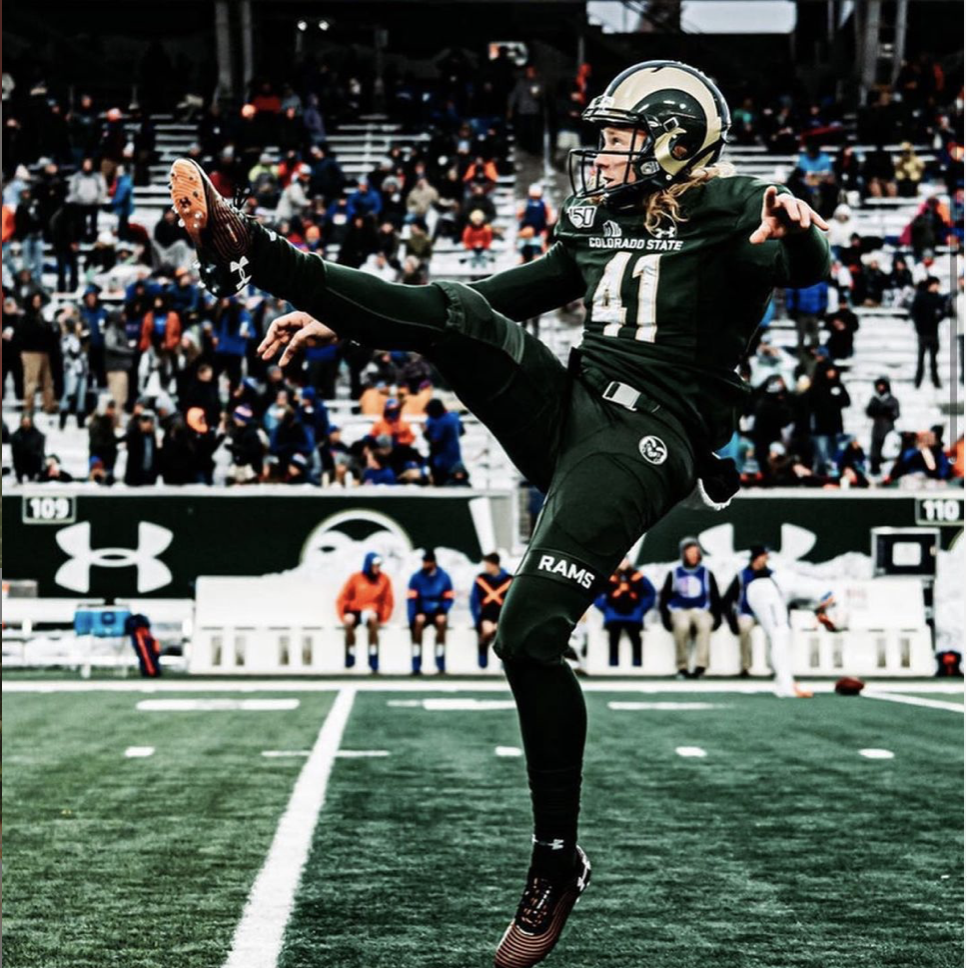 Ryan Stonehouse is a senior punter for Colorado State University. Ryan’s father was a punter for Stanford, and two of his uncles also punted in the Pac12 for USC and Washington State, respectively, so it was no surprise when Ryan punted at high school powerhouse Mater Dei and was named the nation’s No. 1 punter in the class of 2017 by 247Sports. Ryan had more than a dozen offers and picked CSU, where he has started and shined since his freshman year. In his sophomore season, Ryan ranked 2nd among all FBS punters with a gross average of 48.3 yards, and had 5 games in which he had at least 5 punts while averaging at least a whopping 50 yards. Ryan was named to back-to-back All-Mountain West first teams as a sophomore and junior, and has been on the Ray Guy Award radar - which recognizes the nation’s best punter - his entire collegiate career.

Book An Experience With Ryan Stonehouse