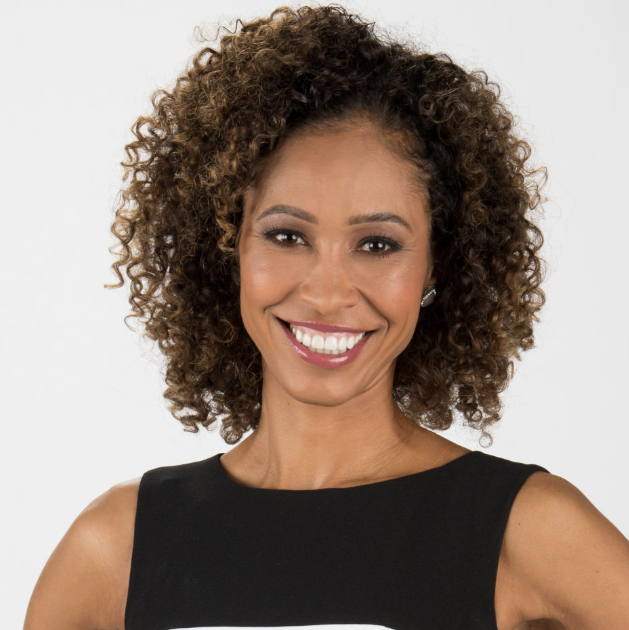 Sage Steele is one of ESPN’s most popular and respected commentators, currently serving as the anchor for the 6 p.m. ET SportsCenter with her co-anchor Kevin Negandhi. Steele also serves as the lead host for SportsCenter on the Road and she and Neghandi have hosted ABC’s telecast of the Tournament of Roses Parade since 2019.. Steele’s lead role for SportsCenter on the Road includes on-site, day-long and pre-event coverage for the biggest sports events of the year, including the NBA Finals, the Super Bowl, World Series, the Masters, the College Football National Championship and many more. Steele was named SportsCenter on the Road host in September of 2016. Before moving to the 6 p.m. ET SportsCenter in May 2018, Steele anchored SportsCenter:AM. Previously she hosted NBA Countdown on ESPN and ABC from 2013 through the 2016-17 NBA season. Steele, who joined ESPN in 2007, served as a regular anchor of SportsCenter until 2013. She also hosted the Scripps National Spelling Bee from 2010-2013. In addition to SportsCenter, she also has contributed to First Take and Mike & Mike, and has been a guest co-host of ESPN2’s SportsNation. Steele also hosted ABC and ESPN’s New Year’s Rockin’ Eve during the inaugural College Football Playoff. Beyond her work for ESPN, Steele previously co-hosted ABC’s telecast of the Miss America pageant and has been a featured guest host on ABC’s The View. In 2015, Steele added ‘mommy blogger’ to her job portfolio, contributing several stories to Disney-owned Babble. She has also been a guest on Jimmy Kimmel Live and has been profiled by Rolling Stone, Wall Street Journal, Vibe and Huffington Post, to name a few. Steele is a board member for the Pat Tillman Foundation and is passionate about working alongside military veterans. She also was named to the board for the V Foundation for Cancer Research in 2019.

Book An Experience With Sage Steele

Submit an inquiry if you are interested in partnering with Sage o...