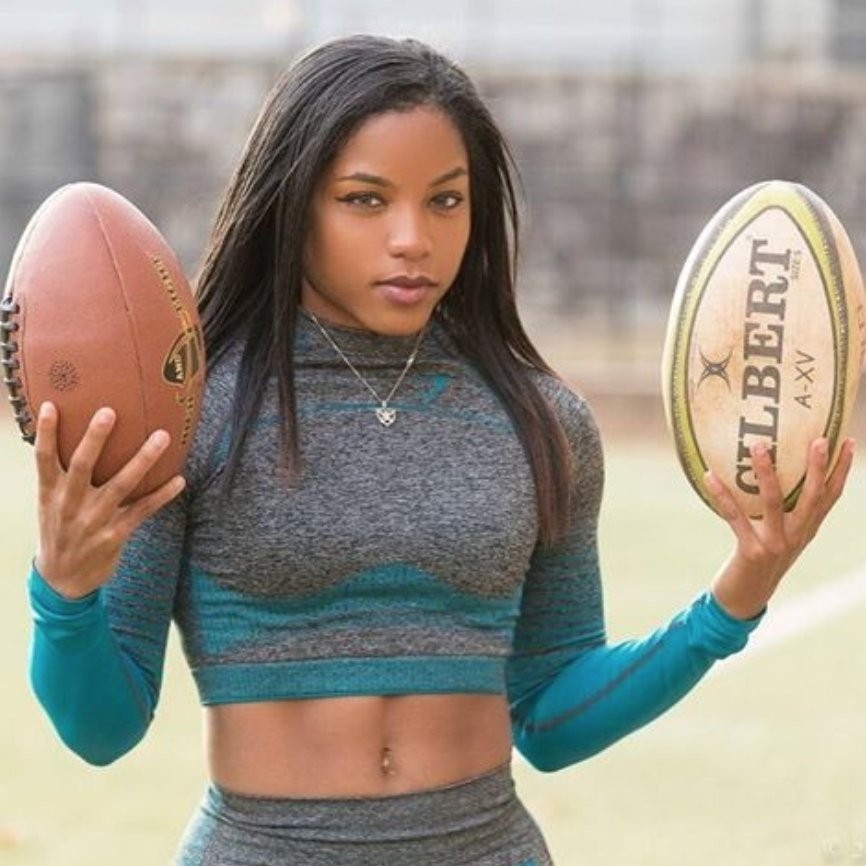 The Queen of Abs, Santia Deck, is a certified trainer, and social media influencer with almost 200,000 loyal and engaged followers. She is also a former track and field collegiate athlete, and now plays LFL Football and Flag football, A Published Author, A fitness Model, a TV personality (Steve Austin Broken Skull Ranch, and a TV Host. Santia Marie Deck was born in Greenville South Carolina, and raised in Houston Texas; She has been chasing her dream of success since childhood. When Santia was only 2 years old, A doctor told her mother that santia had the body of a runner. At seven, Santia was enrolled in a summer track program.  She has been running like a flash ever since then, and now her career is taking off just as quickly. In 2012, Santia received her certification through AAAI, American Aerobic Association International. She now has a result-proven online workout program targeting the core that helped individuals around the world lose belly fat. In 2013 she launched the Queen of Abs brand and began personally training clients in her unique way. Her debut fitness DVD, showcasing signature workout routines, was released in the early fall of 2014 and continues to sell. The first season of her Queen of Abs TV show was aired on November 19th, 2014. The Queen of abs travels the country hosting workshops and fitness events. Santia also speaks to groups of women, children, and anyone else who can benefit from increased confidence, Health, and Self Determination. Santia has a soft spot for children. Her book titled The Struggle sheds light on the dark world of child abuse and is available on Amazon.com. When she is not on tour, Santia now resides in Atlanta, GA.

Book An Experience With Santia Deck