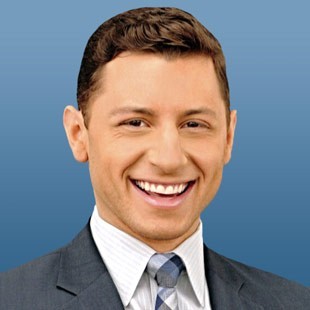 Scott Braun is a host and reporter appearing across MLB Network's programming, including the Emmy Award-winning flagship studio show MLB Tonight as well as MLB Now, The Rundown, High Heat, Quick Pitch, Plays of the Week and MLB Network Strike Zone. In addition to his studio work, Braun is a play-by-play announcer for MLB Network game telecasts. Braun joined MLB Network in 2012.

Braun also serves as a studio host on NHL Network, a play-by-play broadcaster for Pac-12 Network and SportsNet New York (SNY), including New York Mets games, and a host on sports talk radio shows on SiriusXM.

Prior to joining MLB Network, Braun served as a college basketball play-by-play announcer and the host of ESPN.com's Heat Index, covering the Miami Heat. In addition to his work for ESPN, Braun reported feature stories around the country for CBS Sports Network and was a studio host on CBSSports.com, including Fantasy Football Today. Previously, Braun was an anchor for Westwood One National Radio during the 2014 Winter Olympics.

Book An Experience With Scott Braun

Book Scott to moderate your next panel, conference, or event! Scott is an experienced...