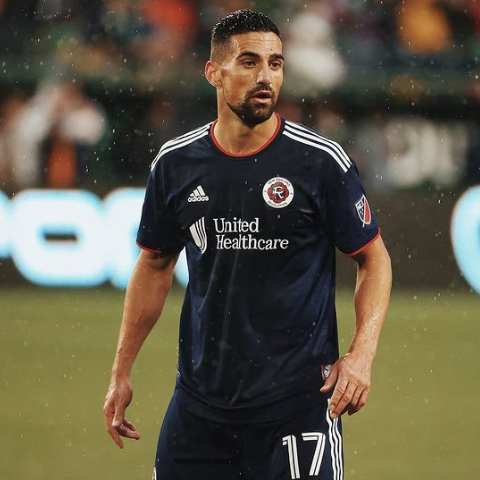 Sebastian Lletget is a first generation Argentinian-American soccer player who plays as a midfielder for the New England Revolution of Major League Soccer and the United States Men’s National Team.

After to moving to Europe at such a young age to train with West Ham, soccer became the only thing Sebastian knew. After a rare and eye-opening injury in 2017, Sebastian gained a new perspective and outlook on life, having him focus equally on his mental health, as he did on his physical.

In 2020, Sebastian was named the first official ambassador of the United State Power Soccer Association, helping to bring more awareness to the sport and its athletes. More than an athlete, he is humble, determined, and real. Sebastian’s love for his family, and a passion for fashion, fitness, mental health and more is capturing new attention of soccer fans and beyond.

Book An Experience With Sebastian Lletget