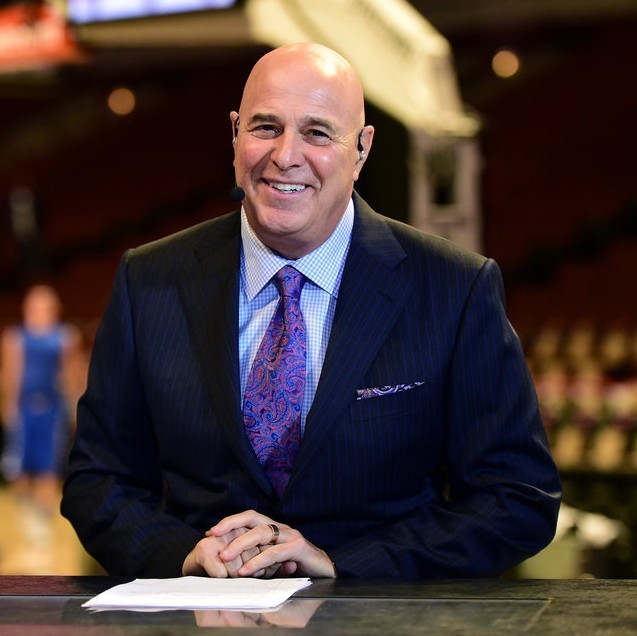 Seth Greenberg is a college basketball analyst at ESPN, having joined the network in 2012. Seth appears on various platforms, most notably College GameDay, ESPN’s popular Saturday college basketball show. He also appears on SportsCenter, ESPN Radio and other programming. Prior to broadcasting, Seth coached college basketball for 35 years. His head coaching stints included Long Beach State, South Florida and Virginia Tech, where he was twice named ACC Coach of the Year. Seth led the Hokies to the post-season six times in nine seasons, and his teams beat the nation’s #1 ranked team three times during that stretch (vs UNC, @ Wake Forest, vs Duke). He also led Long Beach State to a win at #1 ranked Kansas as well as two NCAA tournament appearances. He won a total of 383 games during his career, including victories over coaching legends Mike Krzyzewski, Roy Williams, Gary Williams, Jim Calhoun and Denny Crum. Over the years Seth walked off the court a winner in Cameron Indoor Stadium, Allen Fieldhouse, Dean Smith Center, Comcast Center and Freedom Hall. Seth coached Deron Washington, Malcolm Delaney and Erick Green at Virginia Tech, as well as Bryon Russell and Lucious Harris at Long Beach State. Each of these players would go on to play in the NBA. Seth is a member of both the Long Beach State Hall of Fame and the Jewish Hall of Fame. Seth has leveraged his success into numerous appearances and speaking engagements. He has partnered with major brands including Coca-Cola, New York Life Insurance, Buffalo Wild Wings and The Economist. Seth has spoken on leadership, coaching, program building and the art of the upset, among other topics. He has also supported a variety of charities including but not limited to Coaches v. Cancer, All Coaches Care and The V Foundation. Seth resides with his wife in Connecticut and is a proud father of three girls.

Book An Experience With Seth Greenberg