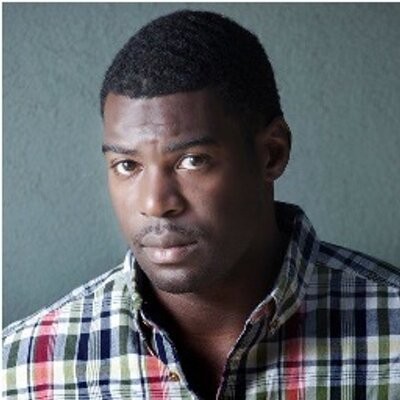 A cultured Army brat, Sheldon Bailey was born in Germany on a US Army base and spent his formative years bouncing from San Antonio to Fort Knox before finally landing in Fayetteville, NC. Creatively self-aware by the age of eight, Bailey had a knack to entertain and credits traveling the world at a young age for shaping his world-view. Finding his niche in theater in the eighth grade, Bailey balanced his creative and athletic aspirations throughout high school perfecting his craft anywhere he could, from school to church. During his senior year, the multifaceted 6'6" thespian attended a prestigious basketball boarding school where current NBA players Amare Stoudemire and Jarret Jack were his teammates, Jack was also his roommate. Transitioning to college as a student at Winthrop University he transferred to Florida International University after his sophomore year where he served as the Black Student Union President. Bailey's college experience also aided in further honing his creative skill and passion for the art of spoken word, he credits the art form in helping sharpen his stage presence and emotional connection with audiences. After college, he played professional basketball in China, Taiwan, Ecuador, and domestically in the CBA and ABA Leagues. Bailey's work with the ABA landed him in Los Angeles where he subsequently auditioned for the film Semi-Pro. Opting to place his professional basketball endeavors on hiatus coupled with injuries and long stints away from home. By 2013 Bailey had established an impressive list of acting credits in short films and commercials including serving as a body double for NBA player LeBron James to landing a role on the breakout hit show "Shameless" (season 4) on the Showtime Network. "I knew I had turned the corner when I landed Shameless and followed it up with a major TV pilot, "Hand of God," he says when reflecting on his acting career. A published author, known for his poetry and prose, Bailey is readying his second book and performs spoken word when he finds the time between commercial and TV projects, his latest project is his role "My Player" on the popular video gaming system franchise, NBA 2K15. Content with the journey and having fun along the way, he looks forward to positioning himself to develop other creative talent (artists) and contemplates other creative business opportunities to write and produce in the future. When he is not on-set you can find him playing sports and raising his son Solomon.

Book An Experience With Sheldon Bailey

Book me to speak to your team or at your next conference or event...

Book me for an interactive youth actors workshop with your school...

Book me to rap and perform at your next party, concert, or event!