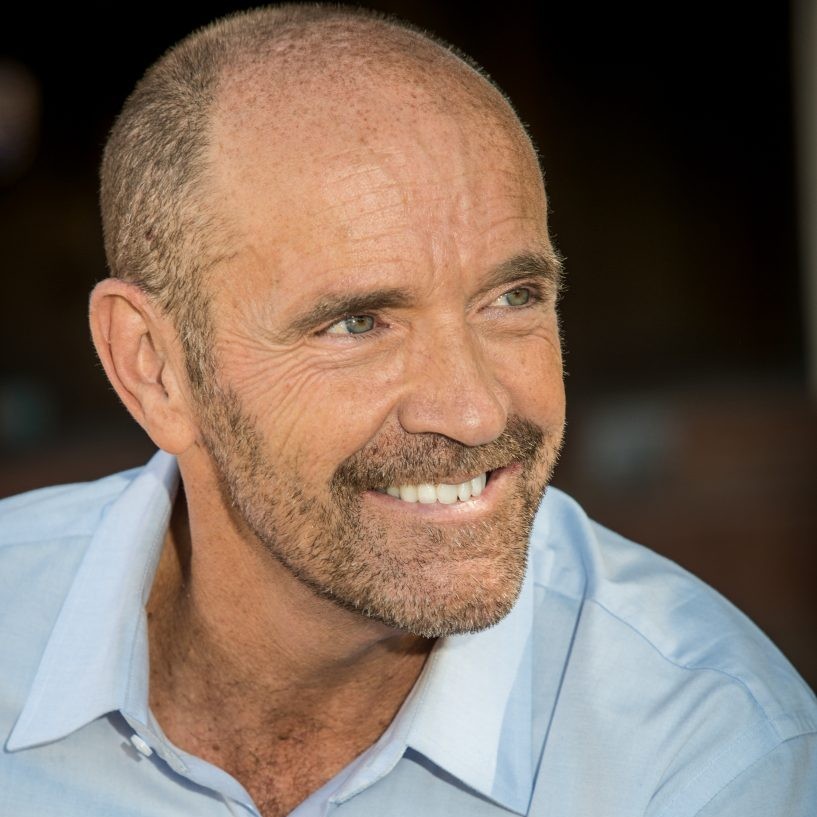 Simon Keith is the first person in the world to play a professional sport after undergoing a heart transplant, having received the heart of 17-year-old welsh boy in 1986. Their story has been well chronicled including an ESPN E:60 feature, “A Change of Heart”.

Simon Keith is not just a former professional soccer player and one of the longest-living organ transplant recipients in the world, Simon is world renown speaker, having shared his remarkable story at the Whitehouse, as well as the British and Canadian Parliaments, and with audiences around the world. Captivating audiences with his incredible story, Simon challenges people to find their “moments of truth” and dares them to live.

After receiving the gift of life at just age 21, and in the middle of a remarkable soccer career, Simon resumed his soccer career at the University of Nevada Las Vegas (UNLV), playing two seasons with the Rebels and garnering many honors, including being named Student-Athlete of Year for the Conference as well as being voted as the USA’s Most Courageous Athlete. After his senior season, Simon was named the Most Valuable Player at the Senior Bowl and was drafted #1 overall into the Major Indoor Soccer League. Simon was drafted #1 overall into the USA’s Major Indoor Soccer League just three years after his surgery.

His autobiography, Heart for the Game, details his unique life-journey, and he directs the proceeds from his book sales toward providing athletic training for other transplant recipients who undertake an active and healthy lifestyle.

In addition to his philanthropic efforts and professional soccer career, Simon is a successful entrepreneur who successfully built and sold 4 different companies over a span of 15 years. Most recently Simon served as the Chief Operating Officer for the Nevada Donor Network, a federally designated not-for-profit Organ Procurement Organization, leading the organization from a ranking of 53rd (out of 58) in the USA in 2011 to #1 in the USA from 2015-2019 (and the world) in terms of number of organ donors & organs recovered for transplant per capita.

Now one of the longest-living organ transplant recipients in history, Simon has signed a major movie deal about his life with Kennedy Marshall Entertainment and the legendary movie producer Frank Marshall (Jurassic World, Jurassic World; The Fallen Kingdom, The Jason Bourne movies: Identity, Supremacy, Ultimatum, Legacy, Jason Bourne, Sully, Back to the Future 1, 2 and 3 , Raider of the Lost Ark, and many, many more).

In 2018 Simon fell ill, as his heart and kidneys began to fail. (Heart transplants average longevity is just 10 years). In an astounding twist of fate, in March 2019, Simon underwent a second heart transplant, as well as kidney transplant. Against all odds, due to a complicated immune system, Simon stood less than a 1.75% chance of ever receiving the critical lifesaving gifts needed to save his life and continue this already, remarkable, story.

In addition to Simon sharing his incredible story, Simon is considered an expert in leadership development, organizational culture, and entrepreneurship.

Book An Experience With Simon Keith

Book Simon to keynote your upcoming conference, appear on your ne...