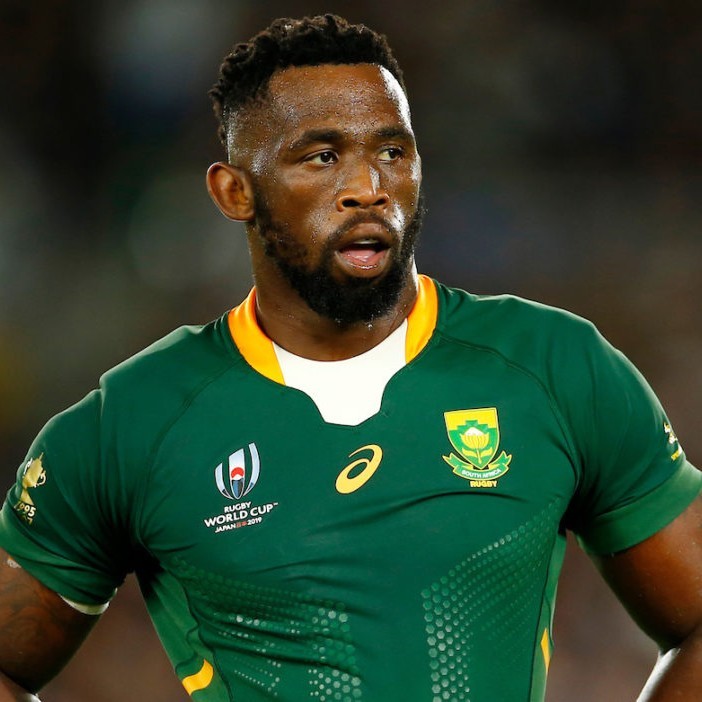 Siya Kolisi is a South African rugby union player who currently captains the South Africa national team and plays club rugby for the Stormers in Super Rugby and Western Province in the Currie Cup. Kolisi is a hero to many – in 2018 he made history as the first black man to be appointed captain of the South African Springboks in 126 years of the sport. South Africa was unified in pride on November 2nd, 2019 when Kolisi led his team to Rugby World Cup victory, returning South Africa to the top of the world rankings for the first time in 10 years. Kolisi is the new modern face of Africa, with a voice to unite a nation, who offers a new pathway for many. Away from the pitch, Siya Kolisi’s life story has captivated the world. Born to teenage parents, the 28 year old Stormers and Western Province flanker was born in the impoverished township of Zwide, just outside of Port Elizabeth on the Eastern Cape and was raised by his grandmother. Today Kolisi stands as, not only a Rugby World Cup champion, but a BBC ‘Sports Star of the Year’ nominee and one of New African’s ‘Most Influential Africans’ – achievements that demonstrate the impact of his journey outside of sport.

Book An Experience With Siya Kolisi

Submit an inquiry if you are interested in partnering with Siya o...