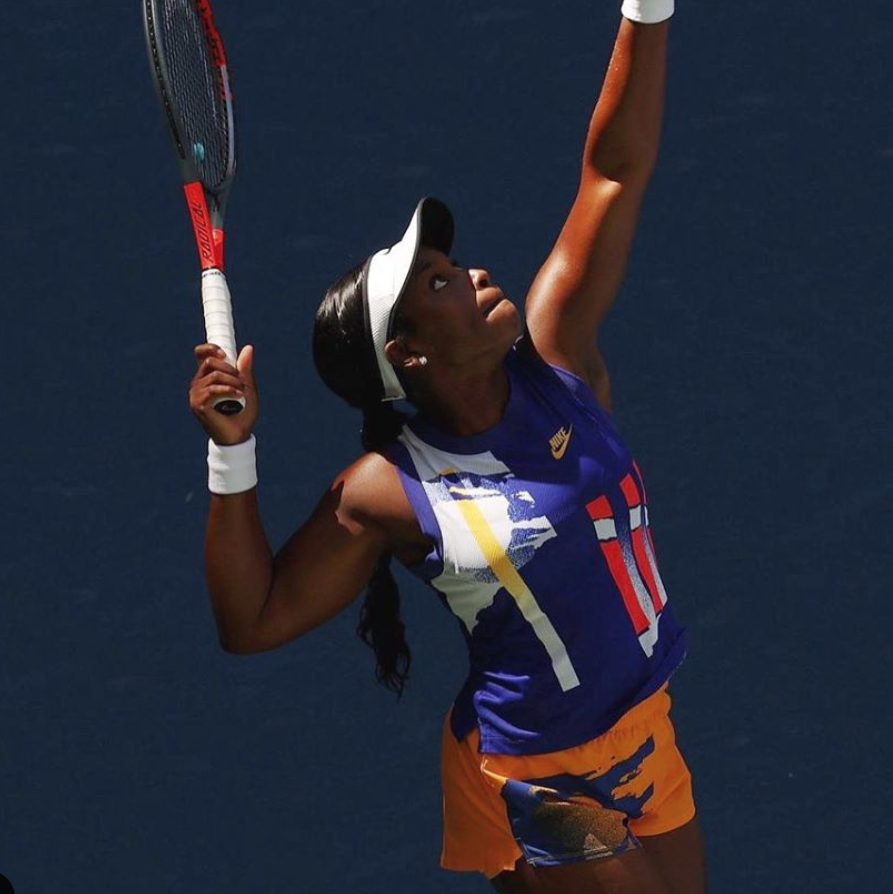 Sloane Stephens was born in Plantation, FL, to athletic parents. Her mother, Sybil Smith, was an All-American swimmer at Boston University; her father, John Stephens, was a NFL running back. Sloane took up tennis at age nine, just to occupy herself while her mother played tennis with friends. She quickly showed an aptitude for the sport and attended the Saviano High Performance Tennis Academy to further develop her skills. After turning pro in 2009, Sloane capped a successful junior tennis career, ultimately winning the junior French, Wimbledon and US Open doubles titles in 2010 A year later (at the age of 18) she became the youngest player in the Top 100. Known for her powerful forehand, athletic court coverage and engaging smile, Sloane has steadily risen in the rankings.

After the 2016 Rio Olympic Games, Sloane took an extended leave from the tour to recover from a foot injury. Never in the history of tennis has an athlete climbed the rankings at a more rapid pace than Sloane – going from No. 957 entering Wimbledon to No.12 in the world following her victory at the US Open in 2017. In addition to a US Open title, Sloane has won the Miami Open (2018), the ASB Classic (2016), Abierto Telcel Open (2016), the Volvo Car Open (2016), and Citi Open (2015). Sloane has also appeared in the French Open Final (2018), and was a finalist in the WTA’s Year-End Tournament (2018). Still in her prime, Sloane has proven to be a top 3 competitor in the world.

Off the court, Sloane won an ESPY for Best Female Tennis Player in 2018, was part of the Sports Illustrated Swimsuit 2018 Edition, and had a Jordan and Nike Court sneaker collaboration for the 2019 US Open.

Sloane has always loved finding ways to give back to her community; she founded The Sloane Stephens Foundation in 2013, with aims to improve opportunities for underserved children through education, fitness and sport. Through her foundation, Sloane Stephens has helped level the playing field for youth who otherwise would not have access to safe spaces for play and learning.

Book An Experience With Sloane Stephens