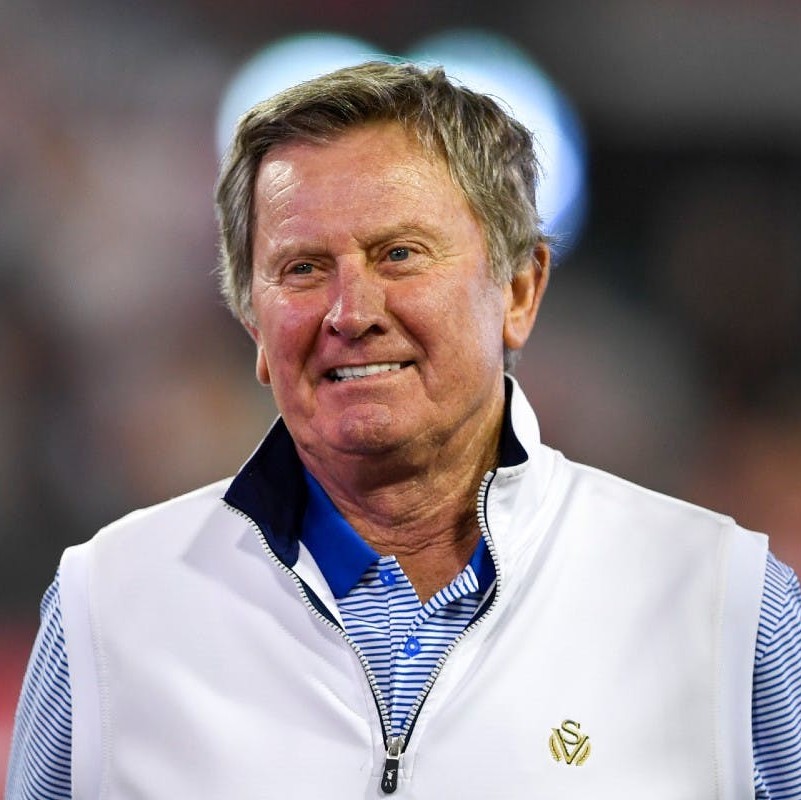 Spurrier was born in Miami Beach, Florida and grew up in Tennessee, where he was a multi-sport athlete at Science Hill High School. He then attended the University of Florida and played football, winning the 1966 Heisman Trophy as quarterback for the Gators. Drafted by the San Francisco 49ers in 1967, Spurrier played a decade in the NFL as a backup quarterback and punter. In 1986 he was enshrined into the College Football Hall of Fame as a player.

Spurrier later turned to coaching in the 1980s, serving as the head coach at Duke for three seasons, Florida for twelve seasons, and South Carolina for ten and a half seasons. He achieved 122 wins and an 82% career winning percentage. The winningest coach in Florida and South Carolina history, he also delivered the Duke Blue Devils their only Atlantic Coast Conference championship in the last half-century in 1989. At Florida, Spurrier won four consecutive SEC championships in the mid-1990s, the second most only to Bear Bryant.

In 2016 the University of Florida honored Spurrier by naming their football field “Steve Spurrier-Florida Field at Ben Hill Griffin Stadium”.  Spurrier married his college sweetheart in 1966, and the two have four children and 14 grandchildren. He now resides in Florida.

Book An Experience With Steve Spurrier