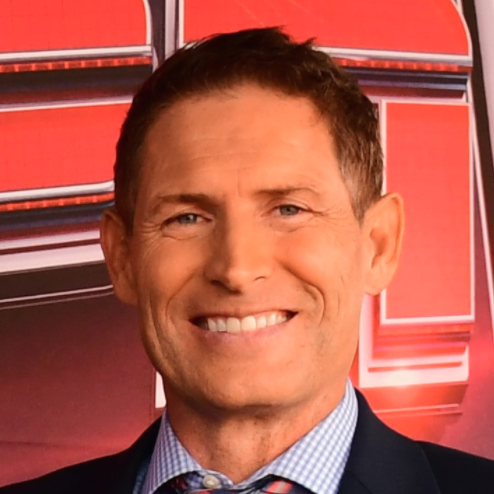 Steve Young is a decorated former NFL quarterback who played 15 NFL seasons, 13 of those spent with the San Francisco 49ers. After playing collegiately at BYU, Young was picked up by the Tampa Bay Buccaneers in 1985 before being traded to the 49ers in 1987. As a 49er, Young was named the NFL Most Valuable Player (MVP) in both 1992 and 1994, and he lead the 49ers to a championship 3 times, winning Super Bowl XXIII, XXIV, and XXIX! Young was named Super Bowl MVP for his performance in Super Bowl XXIX. Young was a 7x Pro Bowl selection and is a member of both the College Football Hall of Fame and the Pro Football Hall of Fame.

After retiring, Young used his applied his J.D. from BYU's J. Reuben Clark Law School to venture into private equity, becoming the co-founder and managing director of Huntsman Gay Global Capital. Huntsman Gay Global Capital is a private equity buyout fund with over $1 billion in committed capital and focused primarily on middle-market leveraged buyouts and growth equity investments. Beyond HGGC, Young was a member of Northgate Capital, LLC, the general partner of Northgate Capital Partners, L.P., Founder & Chair of the Forever Young Foundation Charity. Young is also an NFL Studio Analyst for ESPN, traveling to the Monday Night Football city each week for Monday Night Countdown and the pre-and post-game editions of SportsCenter. Young also contributes to ESPN’s annual Super Bowl and NFL Draft coverage and is a frequent contributor to ESPN's NFL coverage.

Book An Experience With Steve Young