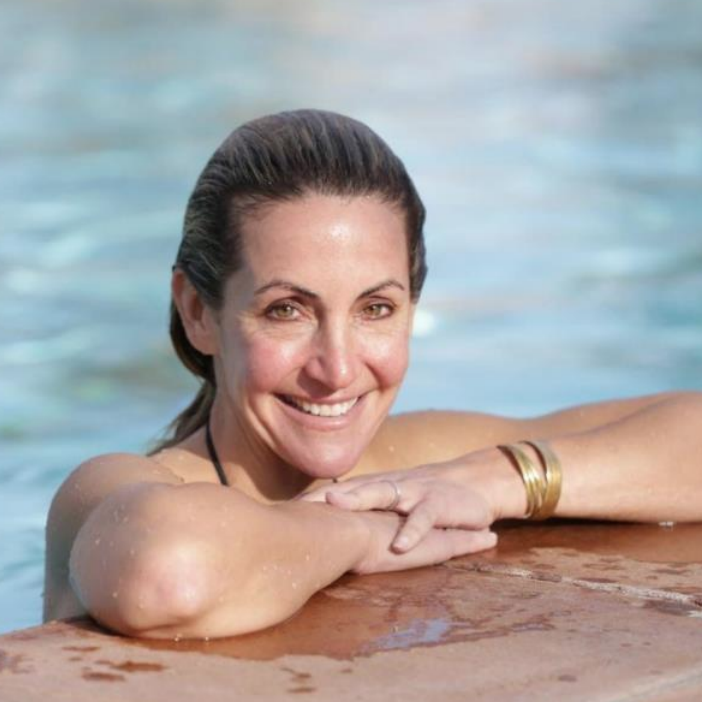 At the 1992 Olympic Games in Barcelona, Summer Sanders emerged as the most decorated U.S. swimmer, winning four medals- two gold, a silver, and a bronze. Following retirement from swimming, Sanders pursued a career in television appearing on a multitude of programs as a correspondent and host. Highlights include the eight years co-hosting "NBA Inside Stuff," the first female game-show host on Nickelodeon's "Figure It Out," Olympic analyst and host for NBC, Today Show special contributor , and hosting Fox's hit show "The Sports List."

Sanders also worked as a sideline reporter for the NBA, WNBA, and US Open and has contributed to Good Morning America, The Rachael Ray Show, and NBC's University Sports Network. Currently, Sanders can be seen on CBS Sports Network's all female roundtable sports show, "We Need To Talk." Sanders is also a health and fitness advocate, producing articles, tips and workouts for various outlets; she is an active Right to Play Ambassador and is currently filming new projects with her production company, Black Line Media.

She is also volunteering her time as spokesperson for John Wayne Cancer Foundation's "Block The Blaze" campaign after surviving three encounters with melanoma. Summer loves the balancing act of athletics, carpool for her daughter and son, and being in front of the camera.

Book An Experience With Summer Sanders