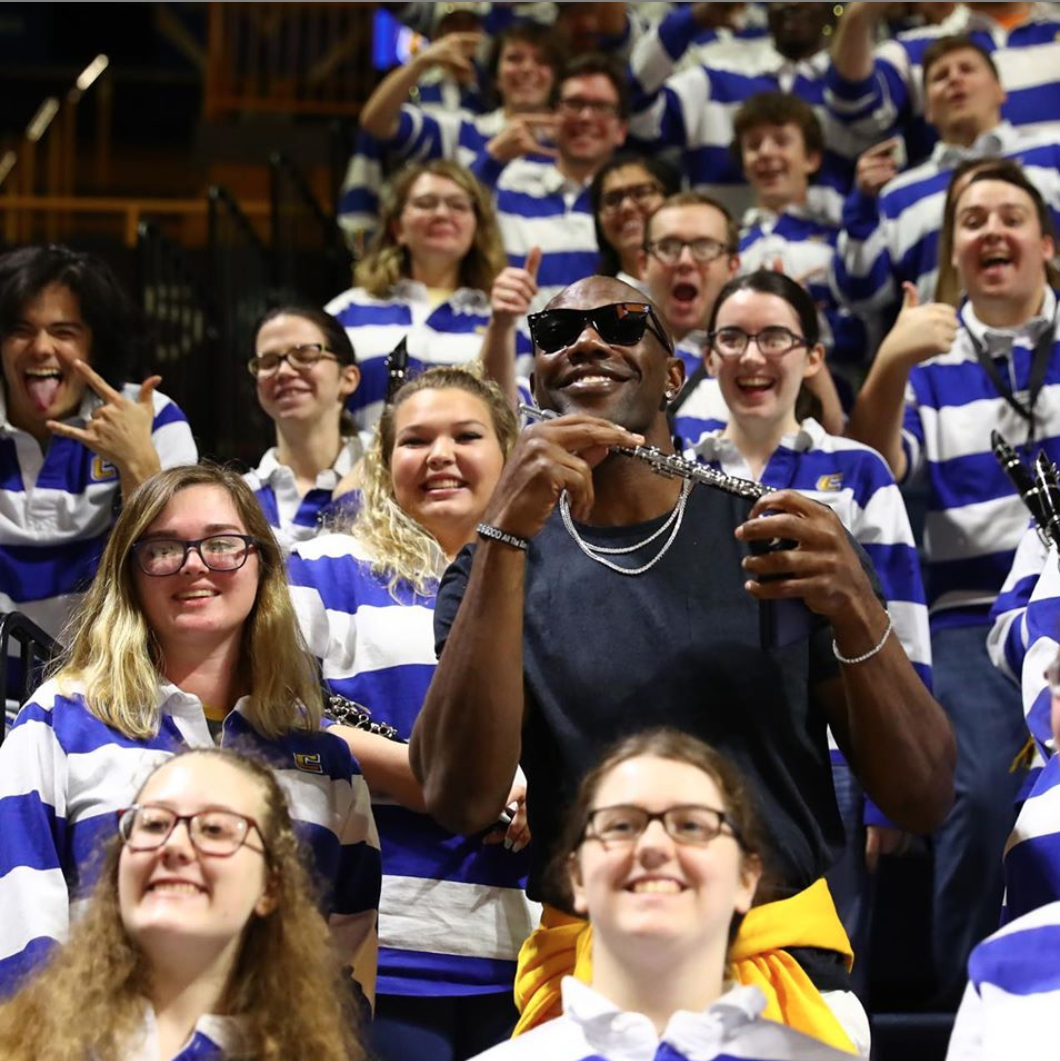 6-Time NFL Pro-Bowl player, actor, humanitarian, loving father, fitness expert, model and motivational speaker, Terrell Owens is a man on a mission. With 1078 Receptions, 15,934 yards, and 153 touchdowns during the span of his 15-year career, his extraordinary skills on the gridiron and elite athleticism raised the bar for Wide Receivers in the league. Owens is credited with being one of the most exciting and electrifying players to ever play the game. After being recruited by the University of Tennessee at Chattanooga (UTC) football program, Owens made a name for himself as an explosive receiver, earning first team All-Southern Conference honors and setting a school record for catching a pass in 11 consecutive games. Terrell was drafted by the San Francisco 49ers in the third round of the 1996 NFL draft, spending 8 seasons with the team. Owens’ made his mark in the league by amassing a highlight reel of spectacular plays and performances. These include a game-winning touchdown against the Green Bay Packers in a 1998 wild-card playoff games that was dubbed “The Catch II”, a record-breaking day of December 17, 2000 when he surpassed the 50 year old mark for the single-game reception total, and his role in leading the 49ers to the second greatest comeback in NFL playoff history, which occurred against the NY Giants in 2002. In 2004, Owens joined the Philadelphia Eagles. His presence made an immediate impact on the team. He averaged one touchdown per game, helping the Eagles to win 13 of its first 14 games, paving the way to Super Bowl XXXIX. Despite a late season injury that doctors had projected would take weeks to heal, Owens started the game and had nine receptions and 122 yards in a disappointing loss to the New England Patriots. Owens went on to play for the Dallas Cowboys in 2006, embarking on another storied legacy. In his first season with the team, Owens led the league with 13 regular season touchdowns and this despite a serious tendon injury to his finger. While doctors recommended season ending surgery, Owens elected to wait until the end of the season to repair the damage. In 2007, Terrell set a Dallas Cowboys record with 15 touchdown receptions and helped lead the team to the NFC East divisional title for the first time since 1988. Owens also amassed 69 catches for 1,052 yards and 10 touchdowns in his last season for the Dallas Cowboys. Owens entered his 14th NFL season with the Buffalo Bills. It was in this season, Terrell became only the sixth player to record 1,000 career catches. Owens also added stints with the Cincinnati Bengals to his resume. Owens has garnered countless awards and accolades for his work, on and off the field, including, six Pro Bowl appearances, 5-time Associated Press All-Pro, recorded five seasons with 13 or more touchdowns, and the first to score a touchdown in seven straight “Monday Night Football” games. On September 15, 2008, in yet another remarkable Monday Night Game, Owens moved into second place on the NFL’s all-time career touchdown list. Owens’ work on the field is only mirrored by his accomplishments off the field including partnering with the Alzheimer’s Association which is near and dear to his heart. Owen’s beloved grandmother Alice succumbed to the disease. In 2000, he testified before Congress to continue to raise awareness about the disease. Owens is also a respected and best-selling author, penning a children’s book, “Little T Learns To Share” and a fitness book “T.O.’s Finding Fitness”. Owens’ latest endeavor, the “What TO Do” Global Campaign is an initiative aimed at empowering and motivating youth around the world through speaking, workshops and with the launch an inspirational clothing line for men, women and children. Owens most recent accomplishments include being featured on the cover of the Official EA Madden NFL “Hall of Fame” video game. In April of 2018 Owens was officially inducted to the Alabama Hall of Fame and the NFL Hall of Fame.

Book An Experience With Terrell Owens

Book me to keynote your next conference, appear on your upcoming panel or speak at yo...

Book me for a coffee and tea hour at a hotel or coffee shop of a mutual agreement. Yo...

Book A Livestream with Terrell Owens

Review: Beneath the surface of this public figure lies the story of a young brother filled with scares from the life long wounds, and the healing love of a southern mother and grandmother who gave him the courage to fight back, in spite of a lifetime of rejection. This is a story that could bring tears to a glass eye. Every young man could learn and benefit from the story of Terrell Owens

Review: T.O. has DEF changed my perspective on Terrell Owens. Another reason why no one should ever judge a person by their appearance on the gridiron. Because you don't know what they did to get there and accomplish all that they has accomplished. If I didn't hear him I wouldn't have known all the struggles he had to overcome to be where he is today. The great humanitarian he is. A person who never wanted to be a person who stood out but played the game right and won games (that's the reason the spotlight was on him, not because he asked for it). Never arguing with his teammates but giving them confidence and telling them to continue to put their heart and mind on the field and never give up.