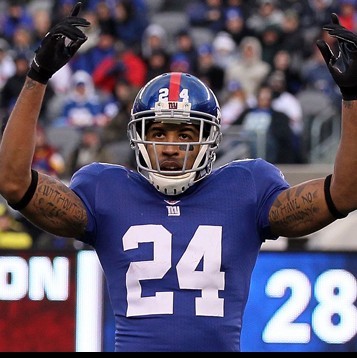 As a cornerback on Pete Carroll's USC two-time national championship team, Terrell graduated from the University of Southern California in 2007 with a degree in Policy, Planning & Development. A second-round draft pick by the NY Giants in 2008, Terrell Thomas went on to play in the NFL for six years including Super Bowl XLVI, which the Giants won. He retired from his career in professional football in 2015. After retiring Mr. Thomas conducted research in the cosmetology/barber industry. Utilizing results from his due diligence Terrell then focused his attention towards his entrepreneurial efforts in becoming a CEO. This effort coupled with his findings led him back to his hometown of Rancho Cucamonga California. Located in the foothills of the San Gabriel Mountains Thee Latest Barbershop (TLB) has been a staple in the Inland Empire since 1994.

Book An Experience With Terrell Thomas