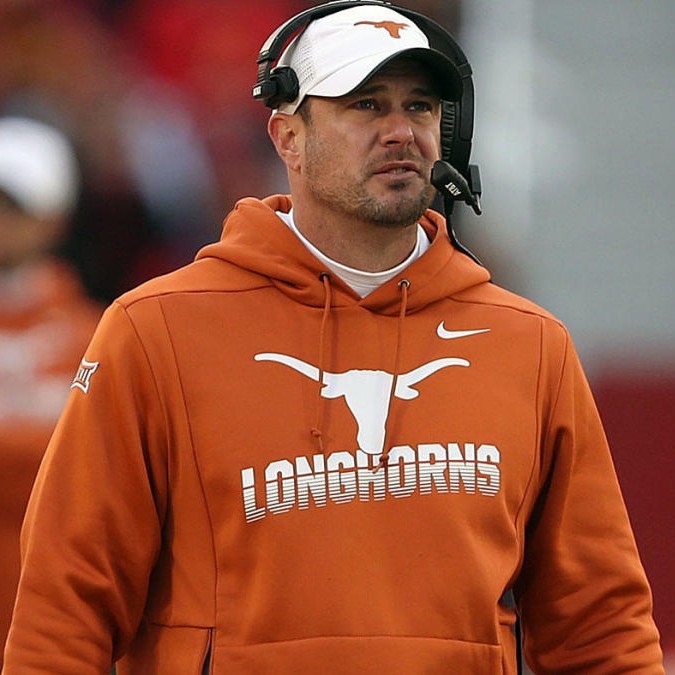 He has amassed 25 wins at Texas so far, the third-most by a head coach in his first three seasons at UT. Herman’s 25-15 record is also a 9-win improvement on Texas’ record from the three years prior to his arrival (16-21) in Austin. That ranks as the second-best improvement by a Longhorn head coach during his first three seasons in charge (12 wins, Darrell Royal - 1957-59).

Herman led the Longhorns to a 8-5 mark in 2019, marking his third-straight winning season at the helm in Austin. The Texas head coach has led his teams to bowl games in all three seasons at UT and in all five season overall as a head coach. Nine Longhorns earned All-Big 12 recognition under Herman in 2019, with WR Devin Duvernay and OL Zach Shackelford both collecting first-team honors. DB Brandon Jones and OL Samuel Cosmi both were named second-team performers.

Herman came to Texas after compiling a 22-4 record in two seasons at Houston, the fourth-best record in the FBS in that span. His first season as head coach at Texas will mark his 14th spent in the state of Texas out of 20 years coaching on the collegiate level. That includes his time as a graduate assistant at UT (1999-2000), where he earned a master’s degree in education.

Prior to his arrival at Houston, Herman helped develop record-setting and explosive offenses in each of his 10 seasons as an offensive coordinator, including three seasons as offensive coordinator and quarterbacks coach at Ohio State where he won the 2014 Broyles Award as the nation’s top assistant coach. Prior to Houston, Herman spent time at Iowa State, Texas State, Sam Houston State, and Texas Lutheran.

Book An Experience With Tom Herman