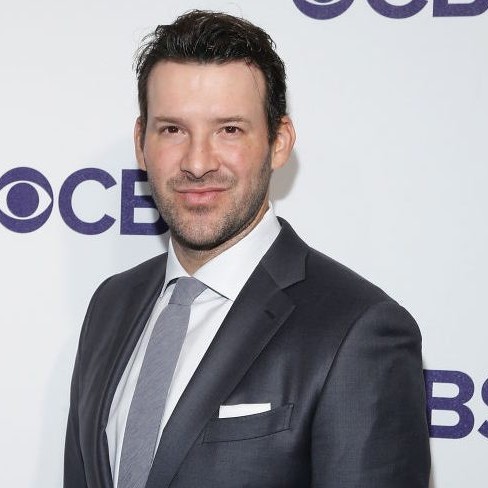 Tony Romo is the Lead NFL Game Analyst at CBS Sports. Prior to his broadcast debut, Tony played fourteen seasons with the Dallas Cowboys, retiring from the NFL in April 2017.

Despite showing great athletic talent and having a stellar collegiate career, Tony came into the NFL undrafted as a backup quarterback. He proceeded slowly in Dallas, working from third-string quarterback to starting quarterback over the course of four years.

He was given a chance in 2006, as he replaced a veteran quarterback midway through the season resulting in a playoff appearance for the Cowboys after a three-year drought.

Throughout his career, Tony has been selected to four Pro Bowl teams (NFL All-Star game) and led his team to four postseason appearances. Romo currently holds the NFL records for most passing attempts through 100 starts, most consecutive road games with a touchdown pass (41), and most games with 135+ passer rating in a season (6). It was not long before the media caught up with the small town boy-turned-Dallas Cowboys quarterback. His immediate rise from a blue-collar background to Texas Royalty epitomizes the American Dream. He appeared regularly in Sports Illustrated, ESPN the Magazine and The Sporting News.

Midwestern origins and a close-knit family provides Tony with a strong foundation to handle challenges both on and off the field.

Book An Experience With Tony Romo

Submit an inquiry if you are interested in partnering with Tony o...