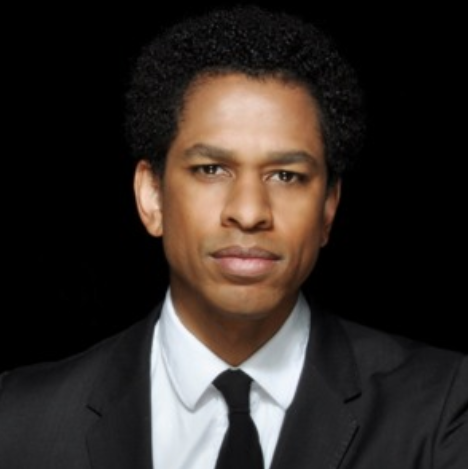 Touré is an author, cultural critic, music journalist and television personality best known as co-host of MSNBC’s The Cycle. Prior to that he was CNN's pop culture correspondent and hosted an interview series "On The Record" on Fuse. He 25 years of experience interviewing and writing about hiphop. He is one of the best known and most respected hiphop journalists and one of the key people who have covered the genre. He worked with KRS-One, Nas, and Rakim on their autobiographies. He also wrote the definitive Prince biography "I Would Die 4 You: Why Prince became an Icon". He has more credibility within hiphop than any other media figure. He was also the host of the Hip-hop Shop at Fuse where he interviewed Jay-Z, Diddy, 50 Cent, Lady Gaga, J-Lo, and many more. He was also the Pop Culture Correspondent at CNN. He’s the author of five books including I Would Die 4 U: Why Prince Became An Icon and Who’s Afraid of Post-Blackness? which was named one of the Most Notable Books of 2011 by the New York Times and the Washington Post. For over a decade he was the main hip-hop writer at Rolling Stone where he did cover stories on Snoop Dogg, Jay-Z, DMX, Lauryn Hill, 50 Cent, Migos, and more. His writing has also appeared in the New York Times, the New Yorker, the Source, and more. He lives in Fort Greene, Brooklyn, with his wife and two children. Toure's current Podcast "Touré Show" is a chart-topping podcast where he has interviewed Morgan Freeman, Rihanna, Kareem Abdul Jabbar, Susan Rice.. amongst others.

Book An Experience With Toure Neblett