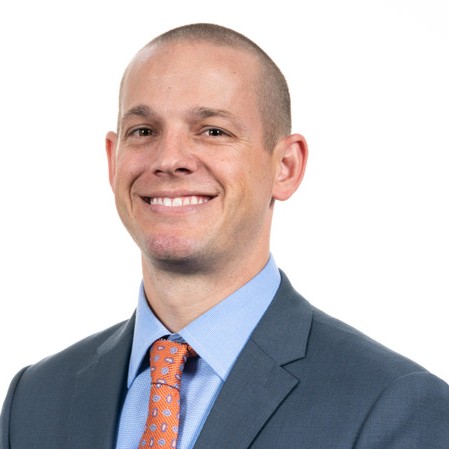 Travis Apple is currently the Vice President of Executive Search and Team Consulting for General Sports Worldwide.  In this role he oversees recruiting efforts including interviewing and hiring, consulting, and runs sales and leadership training for many teams, companies, and entities in sports and entertainment.

Apple brings General Sports Worldwide 15 years of sports leadership experience, most recently as the Chief Revenue Officer for Event Dynamic.  Prior to that he was Vice President of Ticket Sales & Service for the Miami Marlins (MLB) and Senior Director of Team Marketing and Business Operations (TMBO) where he oversaw ticketing for all of the NBA, WNBA, and G-League teams.  He was also the Vice President of Ticket Sales & Service for the Phoenix Suns (NBA), Phoenix Mercury (WNBA), Arizona Rattlers (AFL), and Northern Arizona Suns (G-League).  Prior to that, he was the Senior Director of Ticket Sales for the Orlando Magic (NBA), and the Director of Business Development for the Pittsburgh Pirates (MLB).  He began his career with the Atlanta Hawks (NBA), Atlanta Thrashers (NHL), and State Farm Arena.

Apple has a proven track record of success across multiple sports organizations and has an outstanding reputation in the sports and entertainment industry for identifying, training and developing top talent.  At each of the stops in his career, he has assembled top-notch sales teams to generate revenue regardless of team performance.  In addition, Apple also has written a book Hustle Your Way to $ucce$$ in Sports Sales, and hosts a weekly podcast 52 Weeks of Hustle where he sits down with industry leaders to discuss their career path and what it takes to be successful.

Book An Experience With Travis Apple