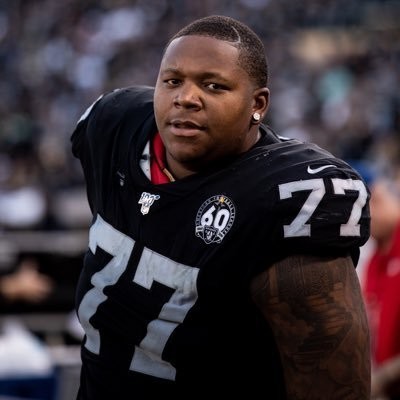 Trent Brown is a Super Bowl winning NFL offensive lineman for the Las Vegas Raiders. After playing his collegiate football at the University of Florida, Brown was drafted in the 7th round of the 2015 NFL Draft by the San Francisco 49ers. After playing the 2015, 2016, and 2017 seasons with the 49ers, Brown was traded to the New England Patriots for the 2018 season in which he won Super Bowl LIII. Following his Super Bowl victory, Brown signed a lucrative 4 year deal with the Raiders. In his first season with Raiders, Brown was named to the 2019 Pro Bowl.

Book An Experience With Trent Brown