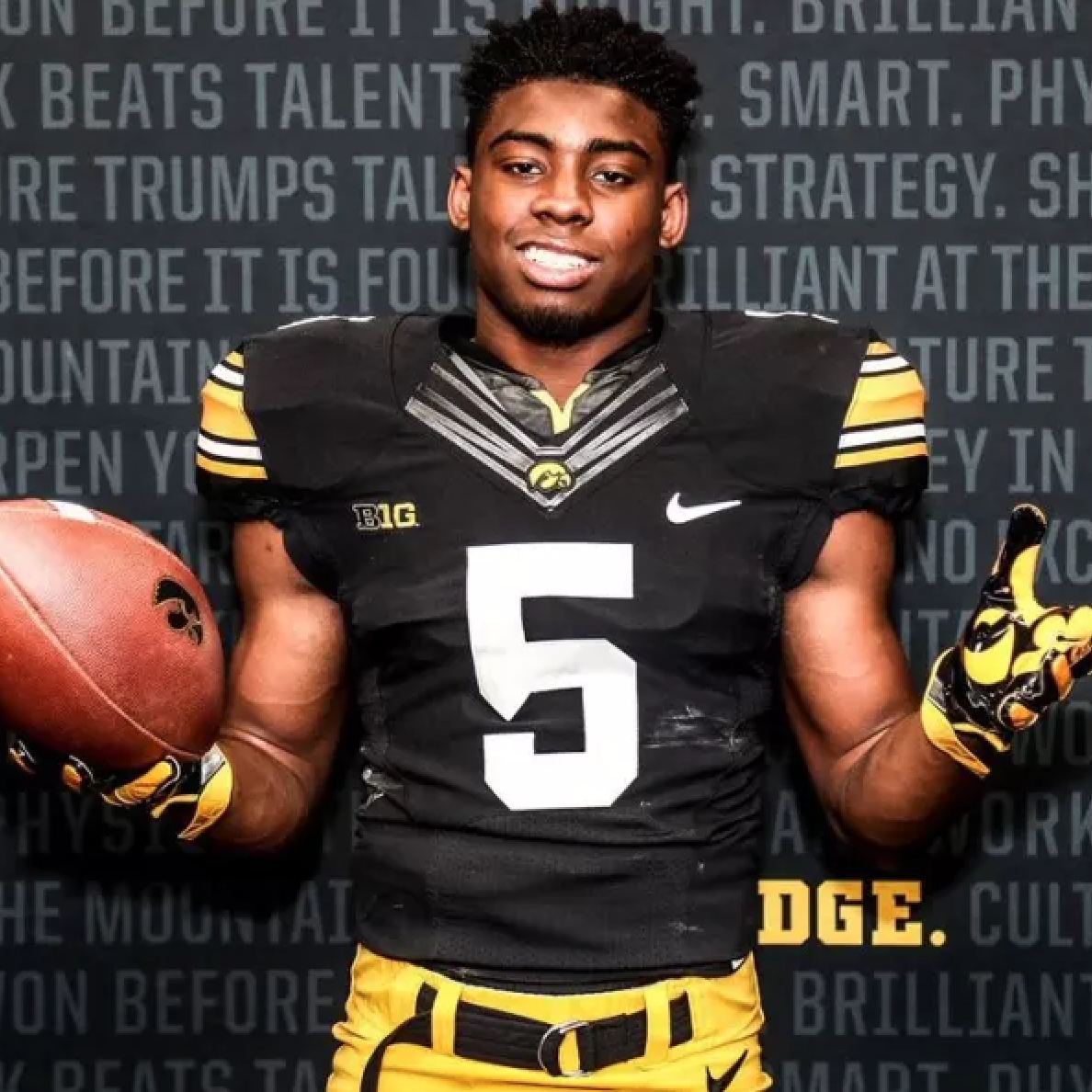 Tyler Goodson is a running back for the Iowa Hawkeyes.

Goodson grew up in Suwanee, Georgia and attended North Gwinnett High School, where he was named Georgia Player of the Year. He was also rated a three-star recruit and committed to play college football at Iowa over offers from Nebraska, Iowa State, Indiana and Michigan State.

As a true freshman, Goodson led Iowa with 134 attempts for 638 yards and five touchdowns while also catching 24 passes for 166 yards. He was named first team All-Big Ten Conference after gaining 762 yards and scoring seven touchdowns on 143 carries in his sophomore season.

Book An Experience With Tyler Goodson