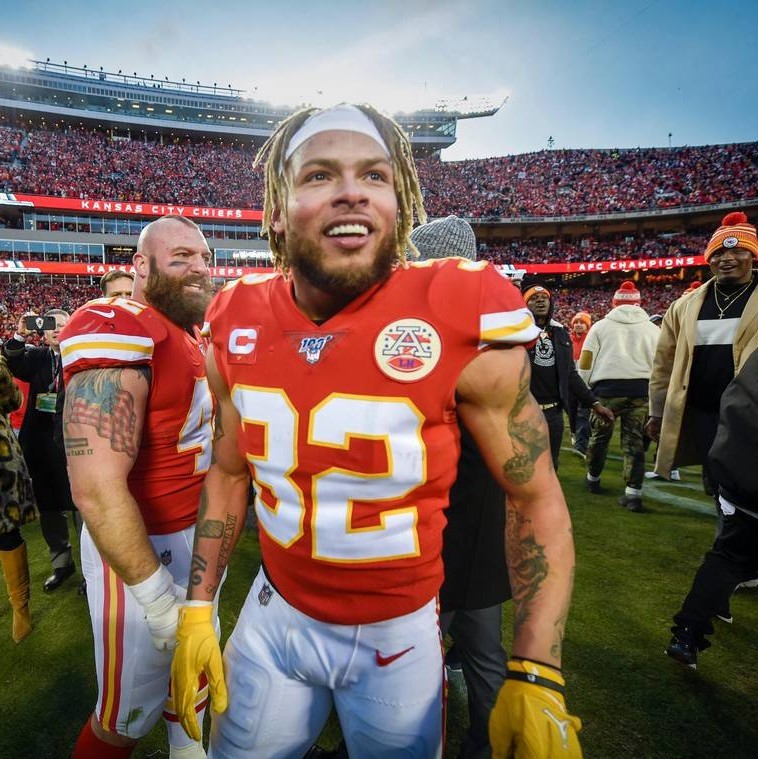 Tyrann Mathieu, aka "The Honey Badger," is an NFL safety for the Kansas City Chiefs. Mathieu played his college football at LSU where he was widely recognized as one of the best defensive backs in the country. In 2011, he received the Chuck Bednarik Award, given to the best defensive player in the country, and was a finalist for the Hesiman Trophy. Mathieu was drafted in the 3rd round of the 2013 NFL Draft by the Arizona Cardinals. Over his 7 years in the NFL thus far, Mathieu is a 2x First-team All Pro recipient and was voted to the NFL All Decade Team for the 2010s. As a member of the Chiefs, Mathieu won Super Bowl LIV in Miami.

Off the field, Mathieu is one of the leagues most bold personalities. He is also a philanthropist and started the Tyrann Mathieu Foundation to impact the lives of financially disadvantaged children and youth through encouragement, opportunities and resources to achieve their dreams in Kansas City & and his hometown of New Orleans.

Book An Experience With Tyrann Mathieu