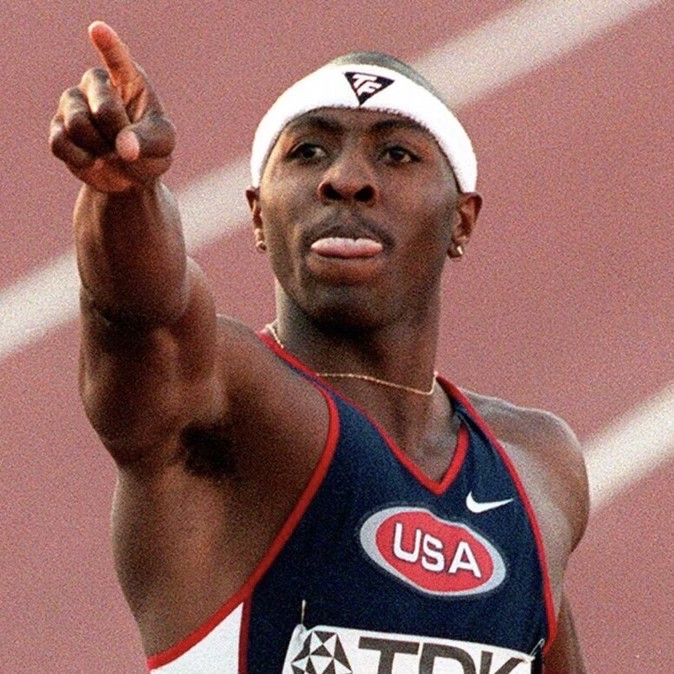 Every successful athlete has to overcome obstacles, endure injuries, and be willing to commit fully to whatever it takes to win. When the athlete’s story involves gang activity, murder, and steroid use, you probably think… here’s another story of wasted talent. But you haven’t heard one like this.  This story will change the narrative about the kind of athletes we need to spotlight and the kinds of stories it is our responsibility to tell. This is Tyree Washington’s story.

Tyree grew up in a single-parent household. His father wasn’t around and his mother had a  mental disability. Having ignored her pregnancy for all 9 months, she was inexplicably disappointed that he had no physical abnormalities. Her neglect of him during the pregnancy and after did result in him being in and out of the hospital as an infant for failure to thrive. To say it was an unacceptable environment is an understatement. Like many, Tyree turned to another family to give him purpose and self-worth… Though he never jumped into the gang, he became a local drug runner for the Crips by the age of 12 to feed himself and his sister. After hearing of the murder of a close friend, an up-and-coming boxer, and fellow gang member, Tyree knew it was a bad road to take. He wanted better for himself. Thank God for sports.

He became a standout football player and track star on the California scene and garnered recognition for his accomplishments and an offer to play football at the University of Oregon. Finally, he was getting out… Unfortunately, nothing comes that easy for this kid who overcame debilitating asthma and a suspect upbringing. He was forced to attend a local junior college for track only. For most athletes, that could have and would have been the end, but Tyree is different. He ran with a chip on his shoulder and his blazing speed did the unthinkable. While still in college, he beat reigning world champion Michael Johnson and ended undefeated his streak at 58 wins in the 400m. The world took notice of this young, charismatic, headband wearing speedster with a shaved head.

With the help of his mentor, Pops, Tyree was on the road to being a world champion, gold medal-winning track star earning millions of dollars in endorsements. At 21 he was a bronze medal winner at the ’97 World Championships, anchored the US 4x400m relay team to gold, and set a new world record the following year. A dream that came true turned into a nightmare. Both the gold-winning and record-setting races were wiped from record books due to steroid use… but Tyree was clean. Two of his teammates tested positive and cost him his gold medals. What a devasting thing to happen in the life of a world-class athlete… it couldn’t possibly happen again, could it?

In 2003, though unbeaten before the World Championships, he barely lost gold at the World  Championships in the 400m to his best friend. The sting was lessened by their closeness and the fact they blew away the competition for gold as relay teammates. Happiness turned to disappointment, and friendship turned to betrayal. His best friend and another teammate tested positive for steroids and once again, Tyree was stripped of his gold medal. Since his silver medal in the individual 400m was overturned, he was now the new world champion… however, the IAAF refused to award that accolade until six years later, causing him to miss out on all the endorsements that go with it.

Tyree was about doing the right thing, no matter the consequences. After all, the right thing should produce pride and appreciation. But seemingly, his decisions provided more pain than reverence. In 2000, he went through the most difficult thing of his life. His sister and her boyfriend murdered their own child, his niece. He was devastated and blamed himself for not doing more to stop their neglect. Tyree was a witness for the prosecution that sentenced them to 25 to life.

Through his ups and downs, he never quit fighting. He had a stint with the Chargers and the  Raiders but the track was his passion and he felt he had so much more to prove. His Pops would ask him  what kind of time he expected to run before each race and no matter what time Tyree said, Pop’s reply  was always “… or better.” That phrase sums up Tyree’s journey. In all he faced both in life and sport, he had to make tough decisions… to stay in the gang or quit… to take steroids or stay clean… to play football or chase his track dreams… to testify against his sister or not. His answers all came down to one simple thing… he wanted better. He still does. Tyree uses his time now advocating for his Athletes for Asthma foundation and sharing his experiences to help others in sport and life.

Book An Experience With Tyree Washington