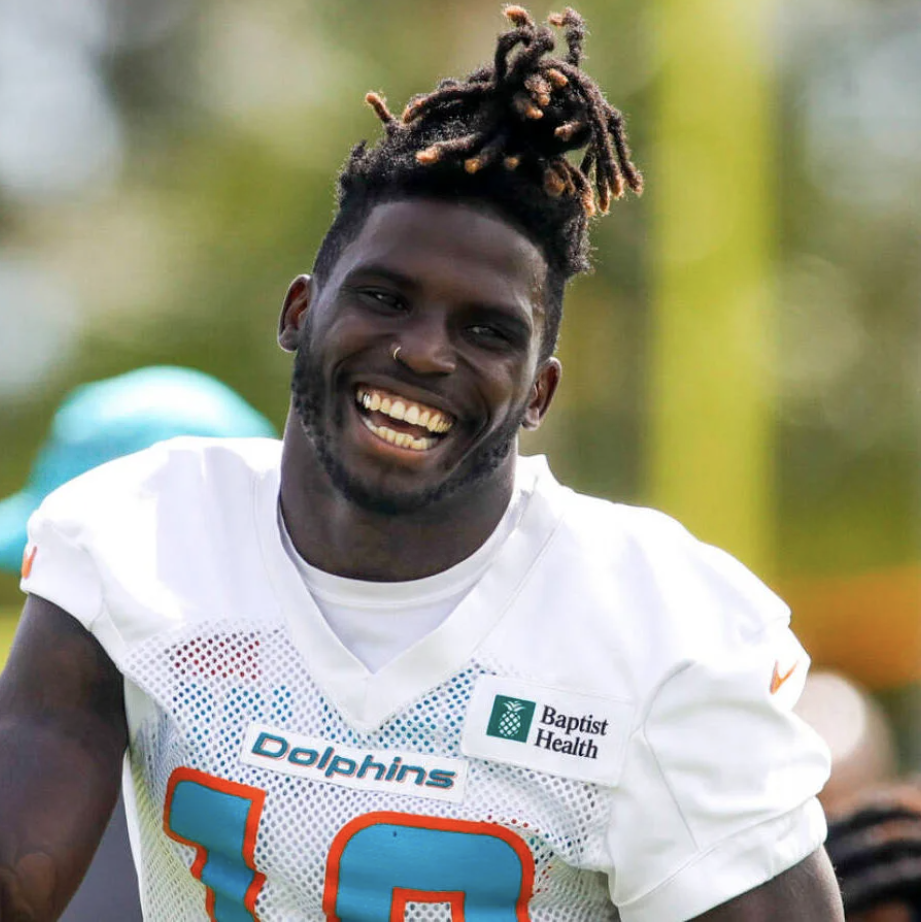 Tyreek Hill is a wide receiver for the Kansas City Chiefs of the National Football League. Hill was selected in the 5th round of the 2016 NFL Draft by the Chiefs out of the University of West Alabama, and instantly emerged as one of the most dangerous offensive players in the league. Nicknamed “Cheetah” for his incredible, peerless speed, the former youth track star has been a Pro Bowler in each of his first 4 seasons so far in the NFL, making him one of 33 players in NFL history to ever earn such recognition. In three of those seasons, Hill has also been voted First-team All-Pro. In 2019 Hill helped propel the Chiefs to a championship, winning Super Bowl LIV.

After an already great career with the Kansas City Chiefs, Tyreek Hill was traded to the Miami Dolphins in March of 2022. Despite being on a new team, Tyreek Hill never stopped producing on the gridiron. In his 2022-2023 regular season, he had a career-high of 119 receptions and 1710 yards. Hill continues to prove why he is continuously one of the fastest and best wide receivers in the league today.

Off the gridiron, Hill is a budding media star who frequently creates content on YouTube and Instagram. He is also the owner of Grip Boost, a new football glove technology, and is the founder of the Soul Runner fashion line.

Book An Experience With Tyreek Hill