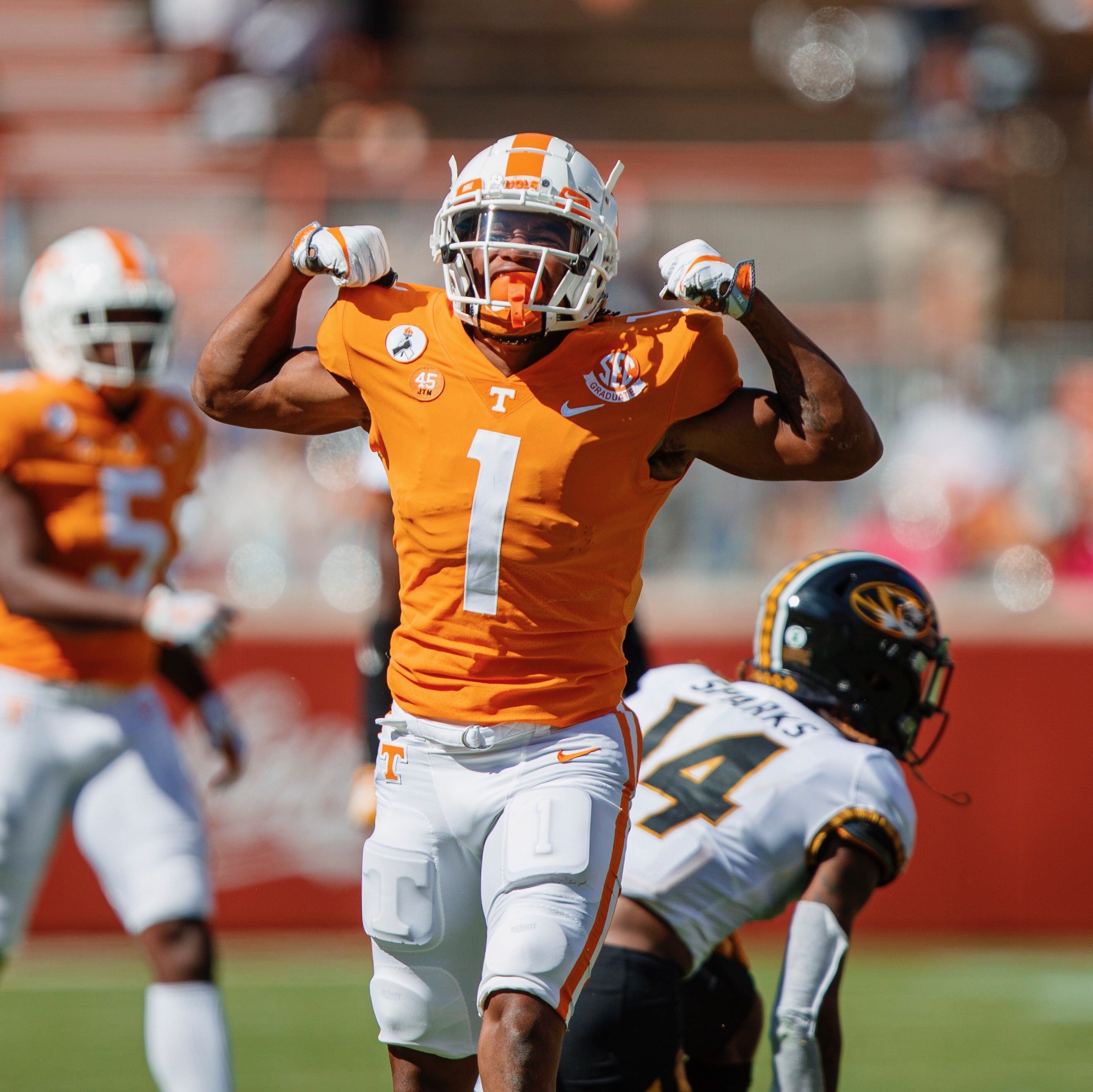 Velus Jones Jr. is a redshirt senior wide receiver and kick returner for the University of Tennessee. The Mobile, Alabama native was a top class of 2016 prospect in his state and decided to attend USC. After redshirting in 2016, Velus was USC’s main kick returner for three years then transferred to Tennessee for the 2020 season. In 2020, Velus had the third-most receptions and receiving yards for the Vols - becoming their top wideout down the stretch - and the speedster led the SEC in kickoff return yards.

Off the gridiron, Velus created his “Velus Jones. Jr.” YouTube Channel last year and the Vlogger already has over 5K subscribers.

Book An Experience With Velus Jones