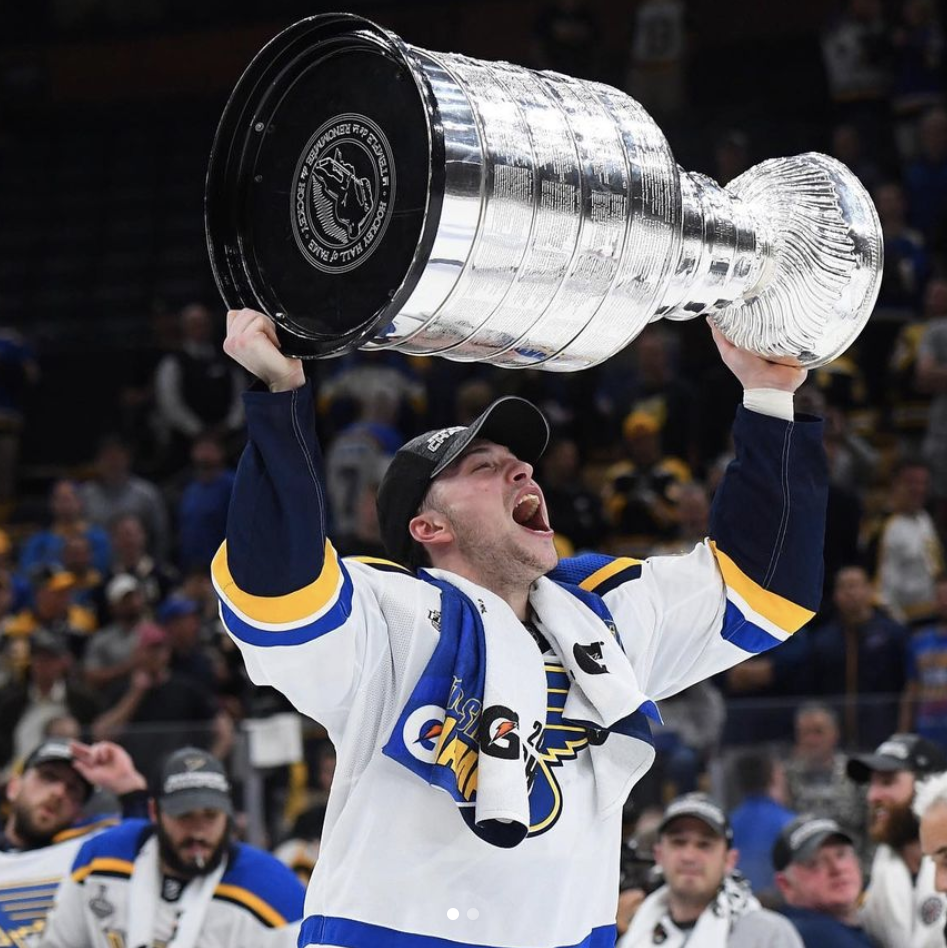 Vince Dunn is an NHL defenseman for the St. Louis Blues. A native of Mississauga, Ontario, Dunn began his minor hockey career with the Central Ontario Wolves and hometown club, the Peterborough Petes. He was eventually drafted by the Niagara IceDogs in the 2012 Ontario Hockey League (OHL) Priority Selection Draft and spent three seasons with the team. During his tenure in the OHL, Dunn began to gain attention from scouts and earned the IceDogs Top Defenceman of the Year Award in two consecutive seasons. He was eventually drafted by the Blues in the second round, 56th overall, in the 2015 NHL Entry Draft and later won the Stanley Cup as a member of the team in 2019.

Book An Experience With Vince Dunn