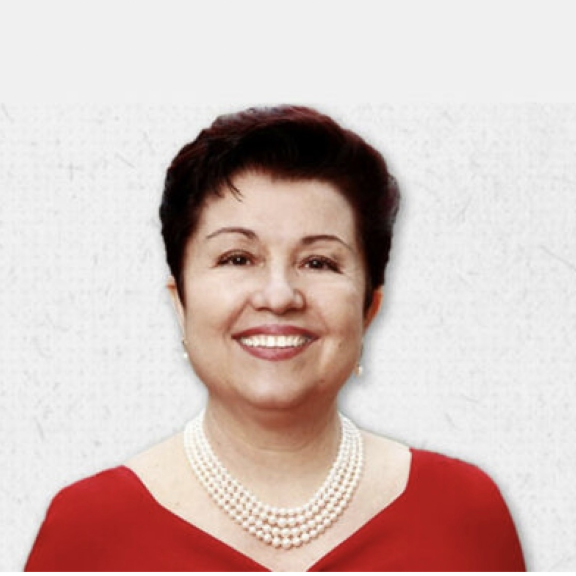 Virginia frequently shares her story for large events. She has spoken to over 75,000 people and has been featured on 310 media outlets. She was exiled from Romania in 1988 for taking Dictator Nicolae Ceausescu to court for infringing upon basic human rights. For that, she came within seconds of being executed under the orders of Ceausescu who hired an assassin to murder her.

Virginia was able to use God’s power to turn her own assassin into a brother in Christ. Virginia’s compelling story of courage in the face of intimidation and even death is a testament to her unwavering faith in a God who delivers.

According to the government’s orders, she was declared an “enemy” and should be dead. But God had other plans. Plans for her to equip and train many including business leaders to overcome adversity, and create a courageous, purpose-filled, and abundant life.

Book An Experience With Virginia Prodan