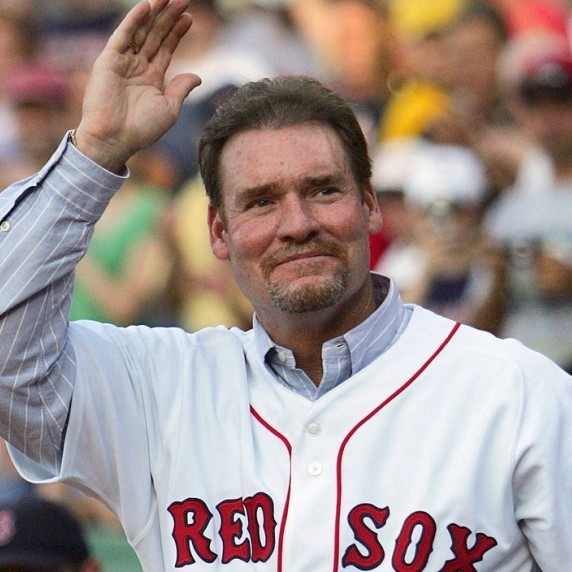 Wade Boggs’ Major League Baseball career was a regimented, meticulous, disciplined journey, taken day-by-day across 18 years. As such, baseball’s Hall of Fame voters apparently saw no reason to subject him to an equally long march toward immortality. They made Boggs only the 41st first-ballot honoree in Hall history when they resoundingly welcomed him in early 2005. Only two previous Hall of Fame inductees received more votes from the Baseball Writers’ Association of America than Boggs’ 474. Nolan Ryan joined the enshrined of Cooperstown, N.Y., with 491 votes; George Brett collected 488. After 11 seasons in Boston (1982-92), Boggs signed with the New York Yankees (1993-97) and, while wearing Yankee pinstripes, achieved the ultimate honor in professional baseball – the 1996 World Series title.

Befitting his epic career, Wade was blessed by the good fortune to complete his playing days in his hometown of Tampa, Fla. On August 7, 1999, amid the closing weeks of his final MLB season, he reached his 3,000th career hit with a dramatic, if not emotional, home run for the Tampa Bay Devil Rays.

Known as a base-hit machine, he accumulated more than 200 hits in seven consecutive seasons, and as a rookie in 1982 he batted an outstanding .349. This would turn out to be an “off” year, as in each of the next six seasons he would top a .350 average (except for 1984, when he “slumped” to .325). Three times in those six seasons he ended the year batting over .360.

In postseason play Boggs was equally effective. A key component of six playoff teams, Boggs twice savored the World Series experience, in 1986 and 1996. Individual honors included 12 consecutive All-Star appearances (1985-96); five batting titles (1983, 1985-88); and two Gold Gloves (1994-95). Boggs’ Hall of Fame credentials were never in doubt, as he owned a batting average north of .300 during 15 seasons, and a .328 career batting average. His record of seven consecutive seasons of 200 or more hits has since been surpassed by Ichiro Suzuki, but the two remain as the only two baseball players to ever achieve the feat. Boggs was further honored in 2003 when he was inducted into the Ted Williams Museum & Hitters Hall of Fame.

Boggs and his wife, Debbie, head The Wade Boggs Foundation for Youth Athletics (a National Heritage Foundation). It provides hands-on fundraising to help children in the Tampa area acquire the equipment and facilities they need to promote growth and development through sports.

Book An Experience With Wade Boggs

Book Wade to keynote your upcoming conference, appear on your nex...