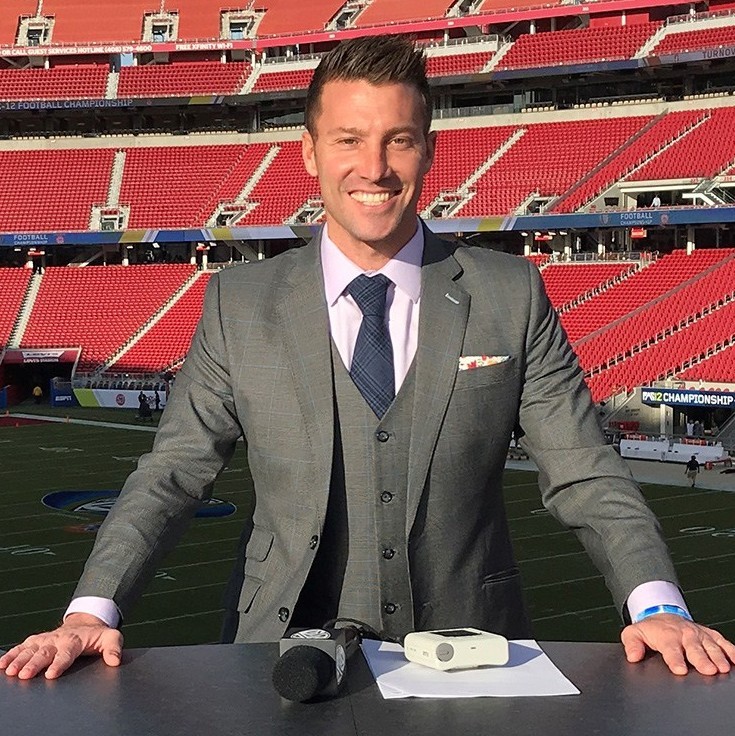 Yogi Roth is a storyteller: seeking and uncovering the humanity in sports around the globe. A Pac-12 Networks college football analyst, Award-Winning Filmmaker, Scholar, New York Times Best-Selling Author, accomplished Coach, Motivational Speaker, Media Personality, Host and World-Traveler. Over the past 15 years Yogi has been driven by the power of sports and story. Yogi began his storytelling career after coaching football at USC, co-authoring the New York Times best-seller Win Forever with Pete Carroll, as well as his second book From PA to LA. As a filmmaker, he has produced and directed multiple documentaries with the Pac-12 Networks, NFL Films, Bleacher Report and ESPN, including the Emmy-nominated film Keep Climbing: 2013 Elite 11, and the award-winning film Life In A Walk. As a media personality, Yogi has been a host/college football analyst for ESPN, Fox and the Pac-12 Network, as well as a correspondent for Entertainment Tonight on CBS and beach volleyball on TBS for the last decade. In addition to his podcast The Yogi Roth Show: LIFE WITHOUT LIMITS, he has also hosted the Elite 11 for the last decade on ESPN, Bleacher Report, NFL Network and YouTube. Yogi, who gave a TEDx Talk at the TEDx Austin Women’s Conference, has spoken around the globe alongside brands such as Nike, World Surf League, JC Penny, Dignity Health, PMK*BNC, IMG College, USC, UW, Gonzaga and Capital One. In 2018 Yogi spoke at the SXSW Festival addressing masculinity in sports. Yogi also joined the Pac-12 Conference task force, formed to protect student athletes and address systemic issues threatening college athletics.

Book An Experience With Yogi Roth

Join Yogi Roth for a behind the scenes tour of Pac-12 Network and get the insider sco...

Book me to moderate your next panel, conference, or event! He has interviewed some...

Yogi Roth has been speaking in public since high school. Over the last decade he has...

Book A Livestream with Yogi Roth