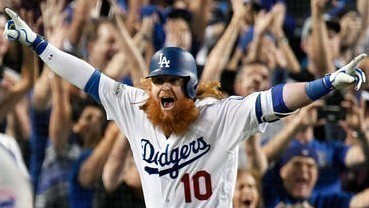 The keynote is a crucial part of your event, and the person you choose to speak will have a tremendous impact on the success of the event as a whole. There are many important things to consider when choosing your keynote speaker, including budget, so we have compiled a list of some notable keynote speakers under $10,000. Check out our Top 5 Keynote Speakers Under $10,000 on Engage:

Chris Dickerson is a former MLB player and a current environmental activist. Out of high school, Dickerson was drafted by the New York Yankees, but opted to go to the University of Nevada, Reno. During his junior year, Dickerson was drafted by the Cincinnati Reds. After 8 seasons in the MLB with the Cincinnati Reds, the New York Yankees, the Baltimore Orioles, and the Cleveland Indians, Dickerson decided to retire to pursue his other passions. Ever since he was young, Dickerson had a passion for the environment, and he used his passion for the environment combined with baseball to establish the Players For the Planet organization, with the goal of bringing professional athletes together to inspire communities to make strides towards positive environmental change. As a studio analyst with the MLB Network, Dickerson continues to be involved in the game he loves while trying to save the planet we all love. Dickerson appeals to sports fans and activists alike, and is a fantastic choice for the keynote speaker at your next event.

Richard Verma is the former U.S. Ambassador to India and the current Vice Chairman and Partner at The Asia Group. During his service in India, Verma brought his expertise in many areas of business, law, diplomacy, and military intelligence to oversee one of the largest U.S. diplomatic missions of the modern age. Verma played a key role in meetings between President Obama and Prime Minister Modi, where he worked to strengthen the relationship between the nations in both defense and trade, as well as to champion clean energy efforts in both countries. Other than his service as an ambassador, Verma has also served as the Assistant Secretary of State for Legislative Affairs, and the Senior National Security Advisor to the Senate Majority Leader. As a veteran of the U.S. Air Force, where Verma served as a Judge Advocate, he won the Meritorious Service Medal and the Air Force Commendation Medal. Whether it is stories from his time as a member of the Weapons of Mass Destruction and Terrorism Commission, or his time in the private sector as a high powered attorney, Verma is sure to give a keynote address that will leave your audience in awe.

Angela Ruggiero is a former Olympian, entrepreneur, and author, amongst many other impressive accomplishments. Ruggiero was a four-time Olympian and a gold medalist in Ice Hockey for Team USA, and was also a trailblazer in the sport as the first female non-goalie to play in a men’s professional hockey league. Ruggiero has been honored as only the fourth woman ever to be inducted in the Hockey Hall of Fame, and was also named the Best Player in the World by Hockey News. Off of the ice, Ruggiero has founded Sports Innovation Labs, where she currently serves as the CEO. Sports Innovation Lab is a research firm that helps sports brands to have the information they need to be at the forefront of the industry. Some of the clients Ruggiero has worked with include the NFL, NHL, Coca-Cola, DraftKings, and CLEAR. Using her business prowess, Ruggiero has served as an International Olympic Committee Member and an Executive Board Member of the Paralympic Committee for almost a decade, as well as serving as the Chief Strategy Officer for the Los Angeles bid to host the 2028 Olympics. Ruggerio is as brilliantly smart as she is interesting, and her keynote will entertain audiences of all ages.

Adrian Wojnarowski is a fixture in the NBA community as an ESPN NBA Insider. Over the past decade, Wojnarowski has covered the NBA every single day, bringing fans the breaking news on all the teams, the players, trade deadlines and free agency, the NBA Draft, and the NBA Summer League. His Twitter has become a one-stop shop for NBA fans to know the latest and greatest. Wojnarowski’s podcast, The Woj Pod, and his ESPN Youtube show, The Woj Report, are some of the most popular NBA shows on the market today. Apart from his journalistic coverage of the NBA, Wojnarowski is also a New York Times best-selling author with his book “The Miracle of St. Anthony: A Season with Coach Bob Hurley and Basketball’s Most Improbable Dynasty.” Wojnarowski is also the founder of “The Writing Initiative,” a program he funds in order to help students develop their writing skills and prepare themselves for college. Wojnarowski has had a front row seat to many of the NBA’s greatest moments over the past decade, meaning that he is sure to entertain anyone in attendance at your next event.

Justin Turner is a veteran third baseman for the Los Angeles Dodgers, and is one of one of the MLB’s stars, both in name recognition and in personality. His ionic red beard is known by MLB fans everywhere, and his big heart has won over fans of all franchises. In 2006, Turner was drafted by the Cincinnati Reds, and after making his major league debut in 2009, he has found great success with the Baltimore Orioles, the New York Mets, and the Los Angeles Dodgers. Turner has been an MLB All-Star and the MVP of the NCLS, and in his time away from baseball, he and his wife Kourtney have founded the Justin Turner Foundation to benefit homeless veterans, children with disabilities, and youth baseball leagues. Because of his tremendous impact on the community of Los Angeles, the Los Angeles City Council declared January 22, to be “Justin Turner Day.” Turner is as fun as he is impressive, making him the perfect fit for the keynote speaker role at your next event.

It Is Time for October Baseball:...
Marketing and Branding Speakers for Your...