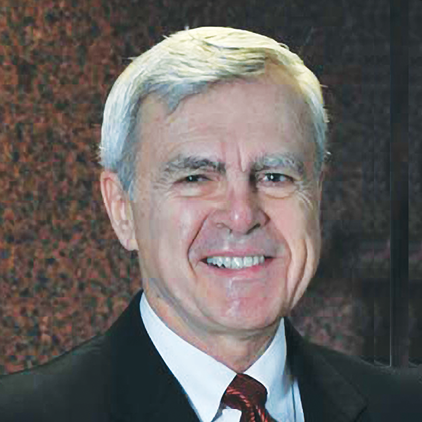 Admiral Bill Owens is the former vice chairman of the Joint Chiefs of Staff, the second-ranking military officer in the United States. He is the current chairman of AEA Investors ASIA; the executive chairman of Prometheus, Beijing, which specializes in cross-border investment collaboration between China and abroad; and the vice chairman of the New York Stock Exchange (NYSE) for Asia. A member of the Council on Foreign Relations, he has been active in philanthropy to foster Chinese-American relations, including continuing dialogues between senior economists and officers in both militaries. Owens is an expert on U.S.-China relations, and he helps Asian organizations break into the U.S. and American companies navigate the Chinese business environment. He shares his unique background to discuss the U.S.-China relationship, telecommunications, national and cyber security, America’s military spending, and the business implications of these issues in a global marketplace.

Accomplished Admiral. Owens had responsibility for the reorganization and restructuring of the armed forces in the post-Cold War era. Widely recognized for bringing commercial high technology into the Department of Defense for military applications, Owens was the architect of the Revolution in Military Affairs (RMA), an advanced systems technology approach to military operations that is the most significant change in the system of requirements, budgets, and technology for the four armed forces since World War II. Owens's long career in the military includes serving as the deputy chief of naval operations for resources, warfare requirements, and assessments. He was commander of the U.S. Sixth Fleet in during Operation Desert Storm in Iraq and the senior military assistant to Secretaries of Defense Frank Carlucci and Dick Cheney. Owens has written more than 50 articles on national security and authored two books, High Seas and Lifting the Fog of War. Telecomm Pioneer and Businessman. Owens is the former CEO and vice chairman of Nortel Networks. Under his leadership, Nortel was re-established as a strong, stable, ethical Fortune 500 company. Prior to joining Nortel in 2004, Owens was the CEO and chairman of Teledesic, a company that brings worldwide broadband through an extensive satellite network, and before that, he was the president, chief operating officer, and vice chairman of Science Applications International Corporation (SAIC). He is also currently the chairman of CenturyLink Telecom (the third largest telecoms company in the U.S.) and has founded five technology companies; Lumera, Extend America, Amerilink, Yangtze, and Prometheus. Accolades. In 2004, Bill Owens received the Intrepid Salute Award in recognition of his business achievements and support of important philanthropic activities. He has been awarded the Legion d’Honore by France and Indonesia’s and Sweden’s the highest awards given to foreign citizens. Owens is the 1996 David Sarnoff Award winner for his contribution to advanced technology. He was also recognized as one of “The 50 Most Powerful People in Networking” by Network World.

Admiral Owens shares his unique background to discuss the U.S.-C...