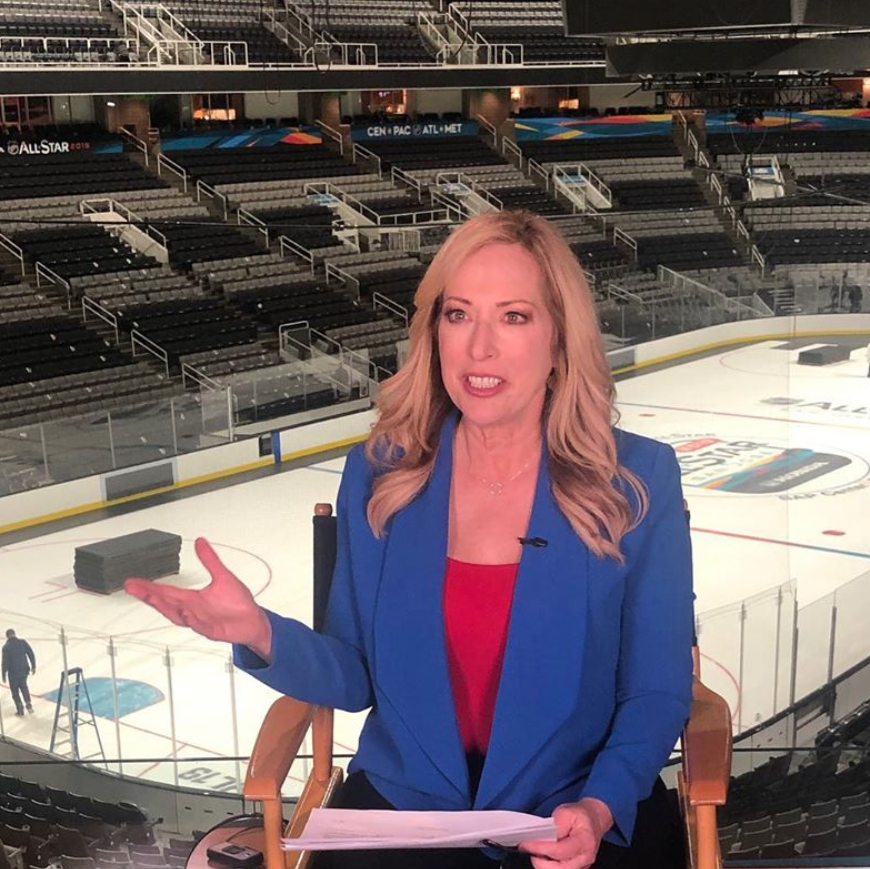 Hall of Fame sportscaster Linda Cohn has served as a SportsCenter anchor since joining ESPN in 1992. She is ESPN’s longest-tenured SportsCenter anchor and in early 2016 was recognized for anchoring her 5,000th SportsCenter, the most of any anchor in ESPN history. She continues to add to her record.

Cohn also is the primary host of In the Crease, a nightly hockey program on ESPN+ during the NHL season. The program began during the 2018 Stanley Cup Playoffs. In 2017, she was inducted into the National Sports Media Association (NSMA) Hall of Fame.

Among her many accomplishments at ESPN, Cohn had the honor of co-hosting the first-ever SportsCenter in high definition from ESPN’s then-new Digital Center on June 7, 2004. The versatile Cohn has also hosted ESPN’s Baseball Tonight and National Hockey Night, ESPN2’s NHL 2Night and RPM 2Night, and SportsCenter’s NBA All-Star Game coverage. She has also contributed to ESPN’s NFL Draft coverage, Major League Baseball playoff coverage, the ESPYs and Sunday NFL Countdown. During the 1998 season, she was one of three alternating hosts for the NFL on ESPN Radio, the network’s Sunday-long coverage of NFL games. She also provided play-by-play of ESPN and ESPN2’s coverage of the LPGA (1998-99).

From 1999 to 2002, Cohn’s column “Linda Cohn’s Hotline” was regularly featured in ESPN The Magazine’s Life Section. Along the way, she has also hosted ESPNEWS; weekly NASCAR segments on ESPNEWS during the “Chase for the Cup.” In 2006, Cohn handled play-by-play commentator for ESPN2 and ABC’s WNBA games including the All-Star game and Finals on ABC, and the WNBA Draft. She has also provided on-site SportsCenter reports from the Men’s Final Four, X Games and Winter X Games; and weekly “Extra Point” commentaries on ESPN Radio.

Book An Experience With Linda Cohn

If you are interested in having Linda moderate your next panel, conference, or event...

Book A Livestream with Linda Cohn