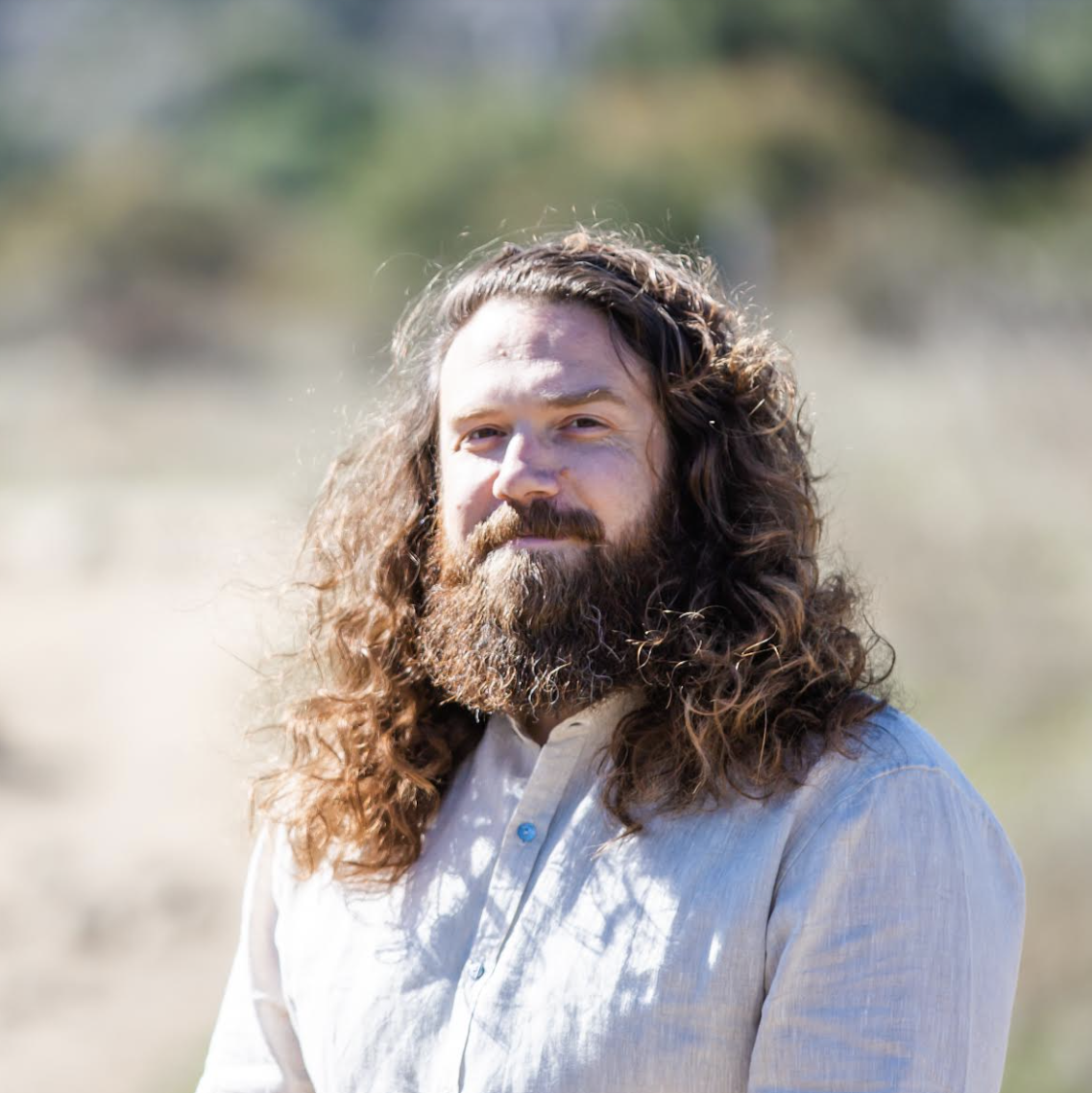 Tom Voss served on active duty in the United States Army for three years, from 2003 to 2006. Tom served with the 3rd Battalion, 21st Infantry Regiment, the 1st Brigade 25th Infantry Division. He served as a scout in the battalion scout-sniper platoon. Tom was deployed to  Mosul, Iraq, to support Operation Iraqi Freedom from 2004 to 2005.

After returning home, Tom struggled with reintegration and was diagnosed with PTSD in 2008.  After being pushed to the brink of suicide, Tom knew he had to do something to help himself heal. In 2013 he executed a 2,700-mile trek from Milwaukee, Wisconsin, to Los Angeles, California. This journey was captured in the Emmy®-nominated documentary film, Almost Sunrise.

Tom is the co-author of the award-winning memoir, Where War Ends: A Combat Veteran’s 2,700-Mile Journey to Heal ― Recovering from PTSD and Moral Injury through Meditation, Published by New World Library, October 2019.

Tom is the founder of the cooperative nonprofit Ojai Earth, which focuses on regenerating people and the planet through holistic practices like meditation and Yoga Nidra and education around permaculture strategies for the earth.

Tom has been featured in the New York Times, Newsweek, USA Today, Fox News, MSNBC, Epoch Times, and The Hollywood Reporter for his work empowering veterans to overcome moral injury.

Tom has given presentations and lectures about his journey of hope and healing at Google, the  Aspen Ideas Festival, New York University, The Harvard Club of New York City, and the United States Congress.

Book An Experience With Tom Voss